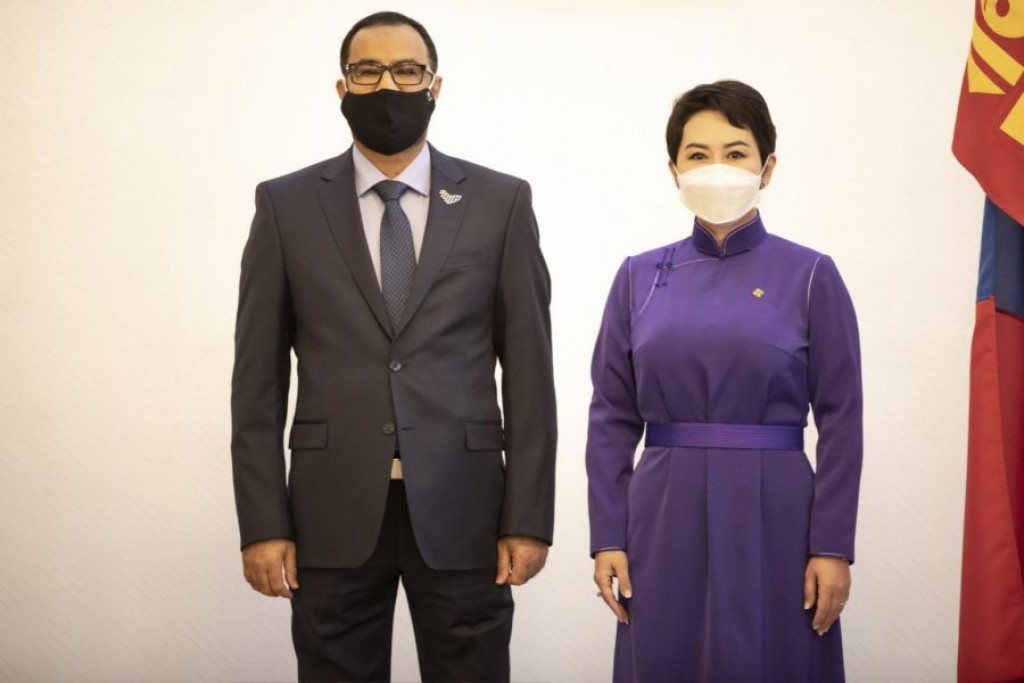 Minister of Foreign Affairs B.Battsetseg received Ambassador of the United Arab Emirates Abdullah Al-Tunaiji and exchanged views on the issues of Mongolia-UAE relations and cooperation on March 26.

While underscoring the deepening friendly relations and cooperation between the two countries, Minister B. Battsetseg noted that important events are expected this year, including the celebration of the 25th anniversary of the establishment of diplomatic relations and the opening of Mongolia’s embassy in Abu-Dhabi.

Handing over the congratulatory letter sent by Minister of Foreign Affairs of the UAE Sheikh Abdullah bin Zayed bin Sultan Al Nahyan to Minister B. Battsetseg, the Ambassador expressed his hope that Mongolia would participate in the Dubai Expo.

Congratulating the government of the UAE for taking prompt measures to vaccinate its people, the Minister expressed gratitude for its donation of pharmaceuticals and medical equipment to support Mongolia’s fight against the pandemic.

Moreover, the sides shared views on the cooperation between the two countries during the COVID-19 pandemic.