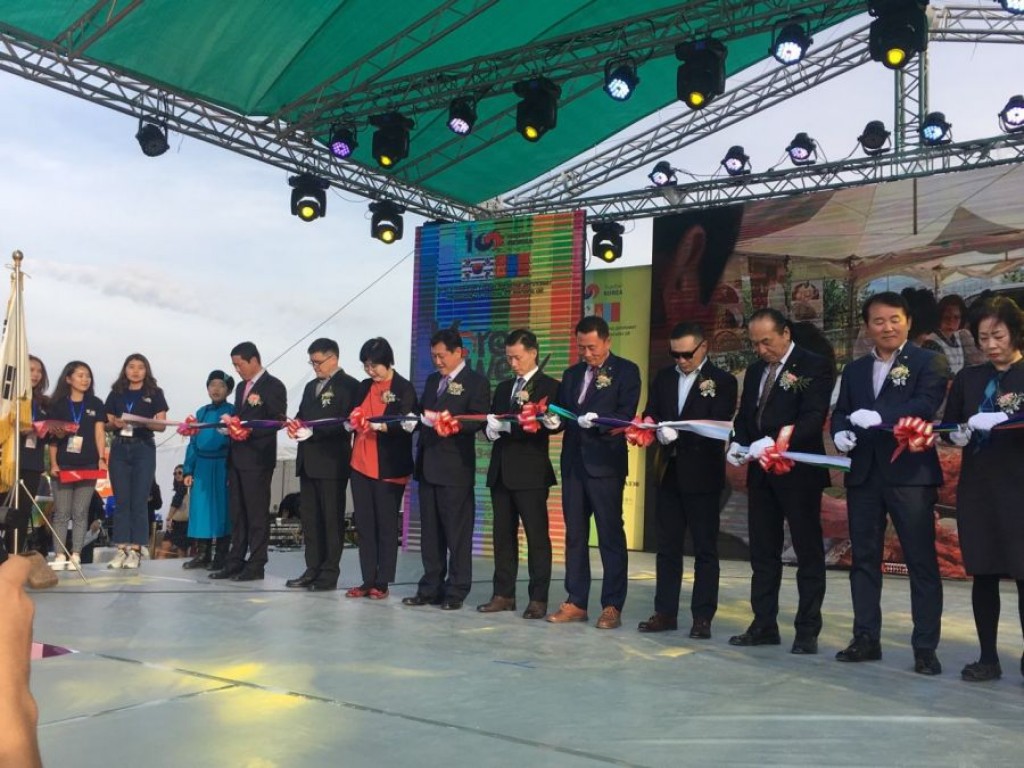 This year, Mongolia and the Republic of Korea are marking their 29th anniversary of diplomatic relations.

This year, Mongolia and the Republic of Korea are marking their 29th anniversary of diplomatic relations. Within the framework of the anniversary celebration, the opening of Korea Week in Mongolia 2019 was held at the National Garden Park in Ulaanbaatar city. Present at the ceremony were officials from the Ministry of Foreign Affairs of Mongolia, ROK Embassy and Governor’s Office of the capital city. During the event, a Korean folk music concert, traditional attire fashion show, events promoting traditional games, paper crafts,  cuisine, trade fair, Go tournament, k-pop dance competition, a collaborative concert of Mongolian and Korean bands, and the Ulaanbaatar Ensemble’s performance and other interesting events are scheduled to take place.