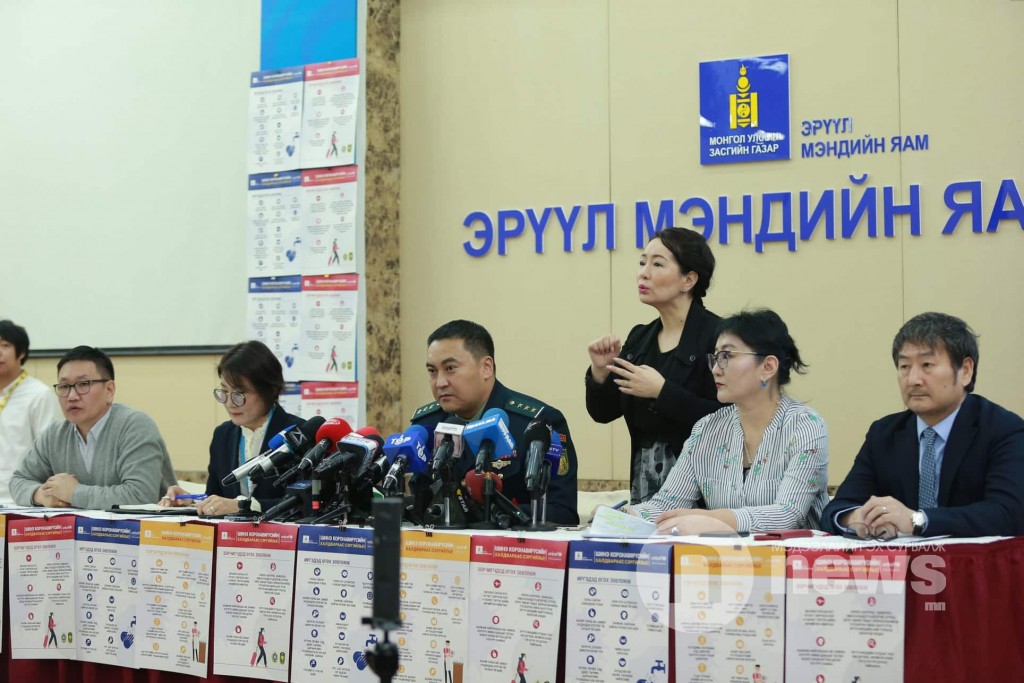 People who had close contact with the French national tested negative

Tests of 126 people, who had direct contact with the French national, who detected to be infected with COVID-19, such as having same flights and train travel as well as shaking hands, were confirmed negative, reported D.Nyamkhuu, director of National Center for Communicable Disease (NCCD), at a press briefing of the Ministry of Health today. The patient is now under treatment at the NCCD. Although the vital health indications of the patient are improving, he is psychologically unstable, stressed D.Nyamkhuu. “…Thus the treatment to boost emotional health is also being applied. The patient expresses he trusts in the skills and service of our doctors.” The French national arrived on March 2 on a flight from Moscow and began to have a fever from March 7. He was tested positive for the preliminary test for COVID-19 on March 10. A test sample of an English person, who sat next to the patient during the flight from Moscow and then went to Bukhmurun soum of Uvs aimag, is on the way to Ulaanbaatar for a laboratory test. The English man and people who were around him still have not shown any symptoms. The suspected people will be re-tested frequently in every 7, 14 and 21 days in conjunction with maintaining measures such as isolation and provision of recommendations.