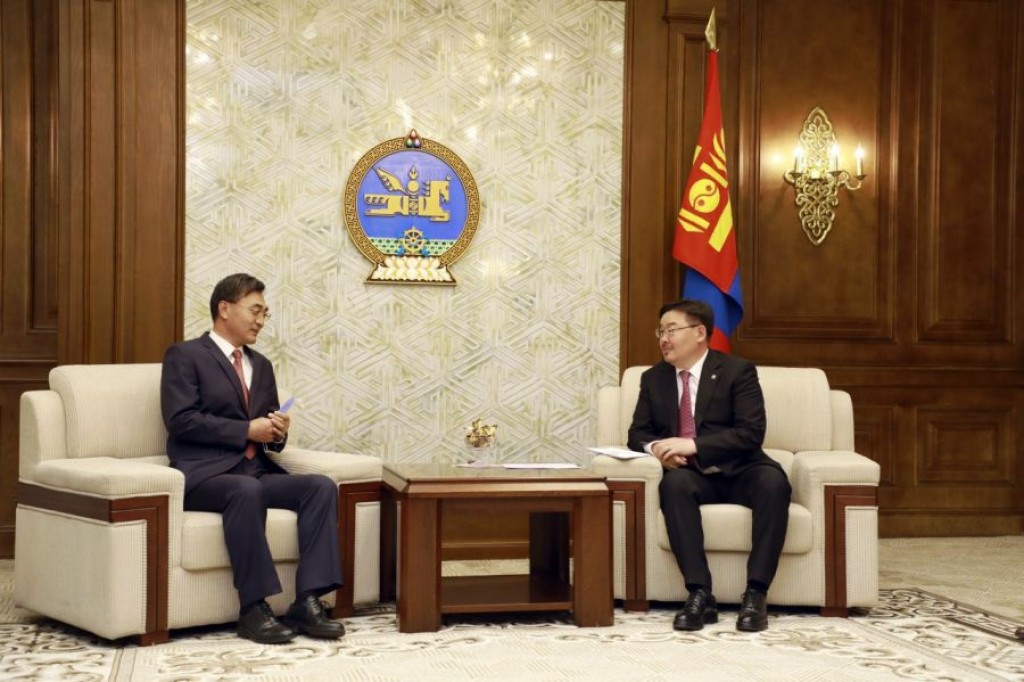 Speaker of the Parliament G.Zandanshatar received Ambassador of China to Mongolia Chai Wenrui on June 29.

At the start of the meeting, Ambassador Chai Wenrui congratulated the Speaker on being elected as a Member of Parliament again. Noting that Mongolia is attaching special attention to its relations and cooperation with China, Speaker G.Zandanshatar voiced the country’s willingness to activate cooperation adapting to the situation of COVID-19 pandemic. Especially, the sides talked over the necessity of reviving cooperation in trade and economy, exchanging opinions on specific issues including extending terms of currency swap agreement established between the Bank of Mongolia and the People’s Bank of China and developing long-term trade and economic cooperation of the two countries. Additionally, the Speaker remarked that the sides need to actively collaborate for realizing agreements reached during high-level reciprocal visits such as bringing bilateral trade turnover at USD 10 billion. Underlining that developing trade and economic ties between Mongolia and China sustainably will meet interests of both countries, Ambassador Chai Wenrui expressed to promptly conveying initiations and proposals on actions to be carried out in this direction to the corresponding officials alongside making his effort as an Ambassador.