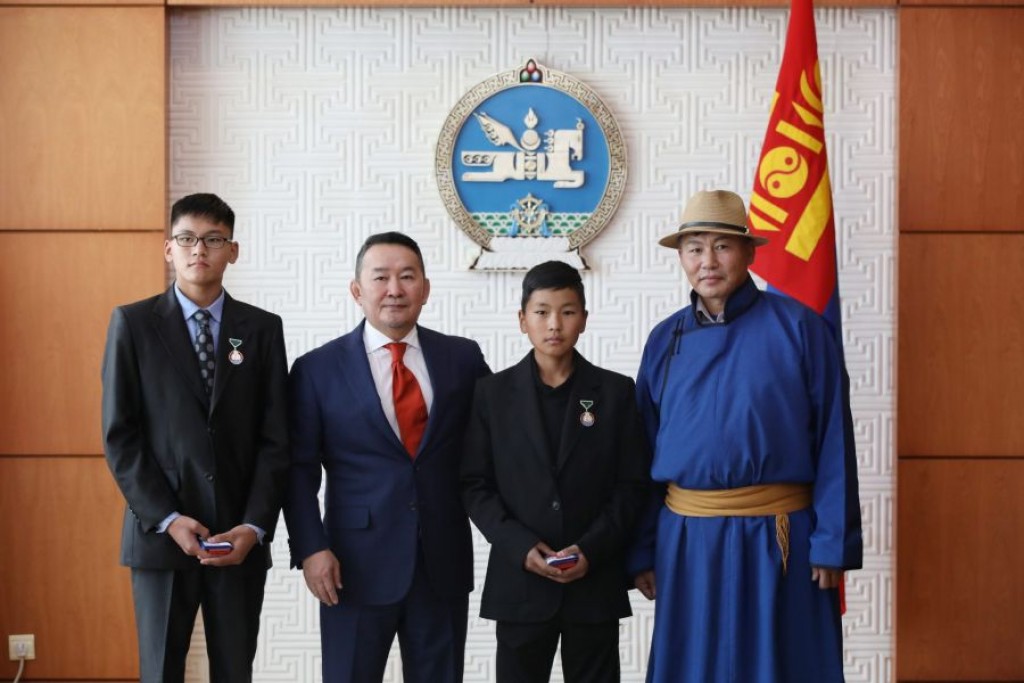 nder the decree of the President of Mongolia, B. Gurvansaikhan and B. Galbadrakh, brothers, were awarded the Medal for their personal courage on September 27.

15-year-old B. Gurvansaikhan and 13-year-old B. Galbadrakh, who was visiting the family at that time, took prompt measures not to demolish the ger despite the danger, and most importantly, they protected and rescued two and three-year-old children from the flood-affected ger.

Thanked the brave and kind boys for saving young children, Mongolian President Kh. Battulga said that they became a real example of great courage and perseverance for everyone.