Khovd Aimag presents itself at International Tourism Mart in Ulaanbaatar 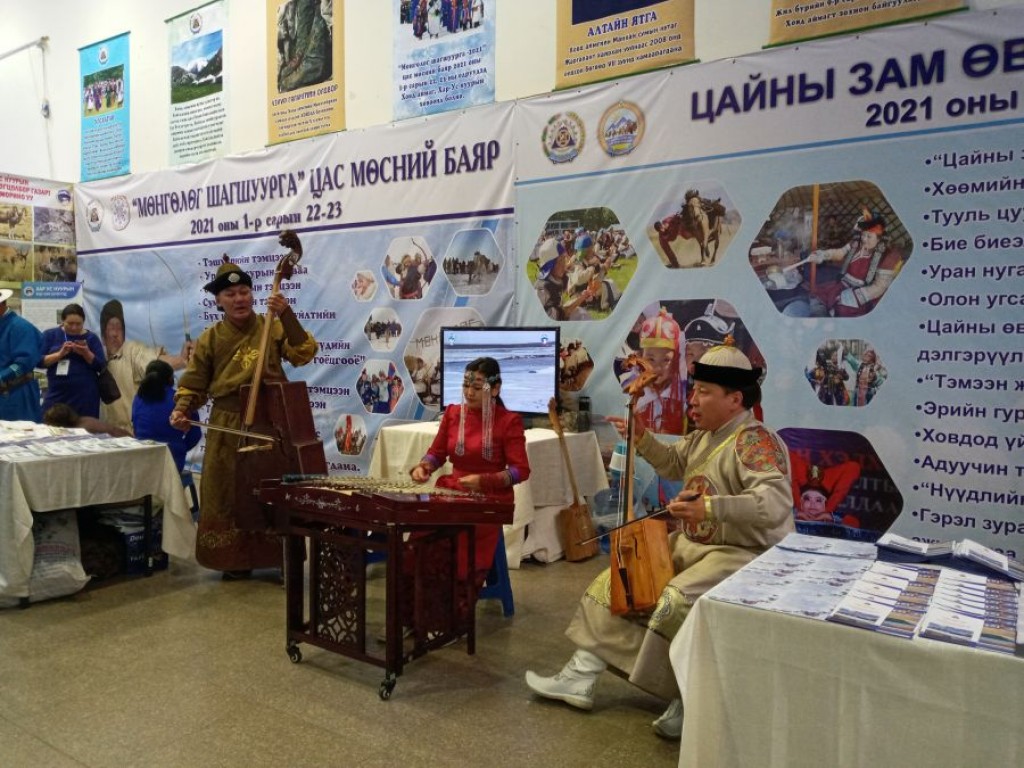 Khovd province presents itself at International Tourism Mart in Ulaanbaatar.

From 26 October to 1 November 2020, the SPACES - Supporting Protected Areas for the Conservation of Ecosystem Services- a project implemented by the Deutsche Gesellschaft für Internationale Zusammenarbeit (GIZ) GmbH in cooperation with the Mongolian Ministry of Environment and Tourism (MET) facilitated the participation of the Khovd delegation to the International Tourism Mart (ITM), which was held on 30-31 October at Misheel Expo in Ulaanbaatar. The delegation consisted of a broad representation of stakeholders in tourism: The Department of Environment and Tourism (DET) of Khovd, directors, and specialists of Protected Areas (Chigertei / Khukh Serkhiin, Khar Us Nuur, Munkhkhairkhen, Myangan-Ugalzat), Khovd University, the Tourism Association, cultural performers, community groups and private businesses operating tourist Ger camps and soum hotels. The participation, coordinated by Ms. Mieke Kuiters and Ms. Soninbolor Tuguldur, SPACES’ GIZ staff for Tourism Development, in cooperation with the Department of Environment and Tourism in Khovd, gave the representatives an insider’s experience of the tourism sector and the importance of networking within their own region. Two major Khovd tourist festivals, the Ice Festival and the Tea Route Festival were specially highlighted during the ITM. The Ice Festival, to be held on 22 and 23 of January 2021 organizes a variety of activities, like ice skating, archery, a costume contest for ethnic groups, rope pulling competition, sumo wrestling, cross-country race, camel race, traditional costume competition for children.  The Tea Route Festival, to be organized from 25 to 28 September 2021, celebrates the tea heritage with a camel caravan bringing the tea into Khovd provinces center from the Tsenkher Cave 100 km south of the city, where 10 ethnic groups will prepare tea in their own traditional way. During the festival, many activities will be organized, like traditional games, made in Khovd exhibition, auction of photos and paintings, multicultural performance.