Cooperation in film industry to be developed with Hungary 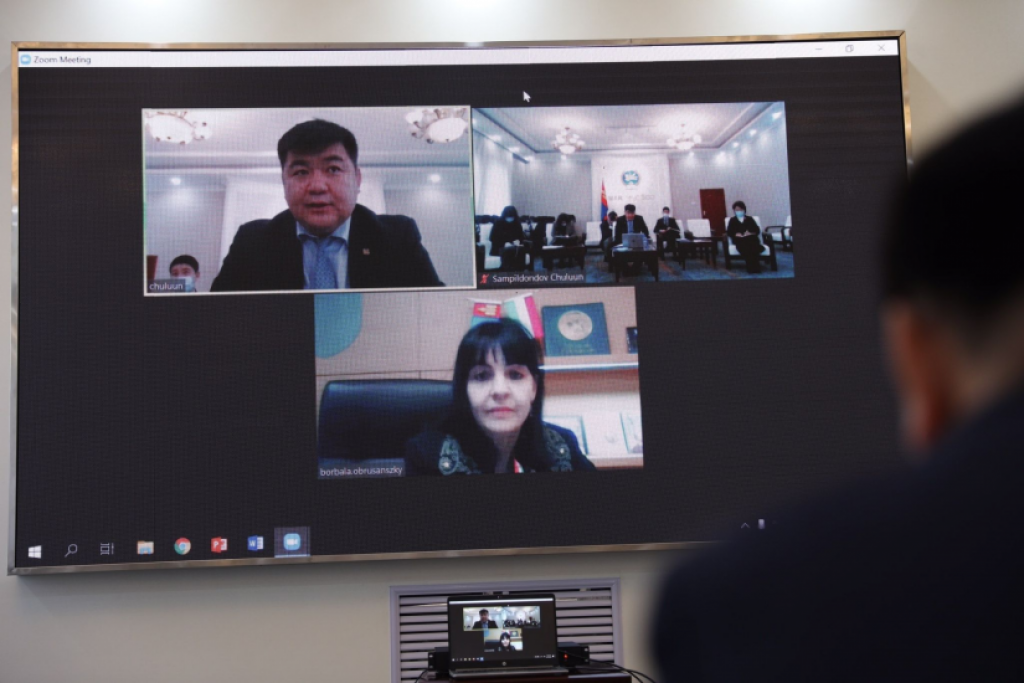 Culture Minister S.Chuluun congratulated Ms. Borbala Obrusanszky on her appointment as an Ambassador of Hungary to Mongolia and the 70th diplomatic anniversary between the two countries which falls this year.

While mentioning developing cooperation in the film industry with Mongolia, Ambassador Borbala Obrusanszky conveyed that the Hungarian Government is backing to create of joint historical and feature films of the two countries.

Then the sides concurred to provide support on establishing an agreement between the National Libraries of Mongolia and Hungary, broaden cooperation between archeology and ethnographic museums, and train specialists in classical arts and culture as well as to mutually conduct an exhibition “The history of Hunnu - Asia, and Europe”.

During the meeting, the sides also talked over featuring an exhibition consisted of a collection of photographs related to Radnor, who was serving as a doctor of military leader D.Sukhbaatar, in dedication to the 100th anniversary of the People’s Revolution, which will fall next year in addition to involving artists in long and short term training and collaborating in works related to the library, museum, archive, and cultural heritage.