Virtual meeting held with Chinese side on exports and imports transportation 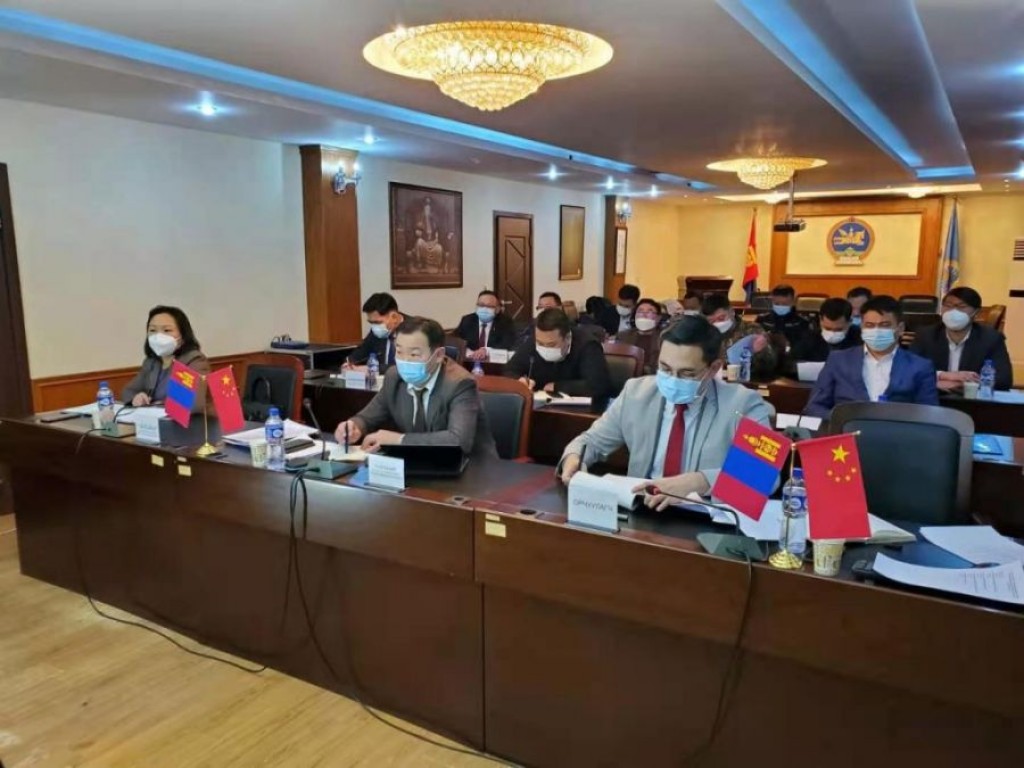 A working group led by State Secretary of the Ministry of Foreign Affairs N.Ankhbayar worked at Zamyn-Uud border checkpoint from December 16

A working group led by State Secretary of the Ministry of Foreign Affairs N.Ankhbayar worked at Zamyn-Uud border checkpoint from December 16, getting acquainted with the current condition of export and import transportation between Mongolia and China and holding meetings with officials and representatives of relevant private entities and associations of Zamyn-Uud soum and Dornogobi province on bringing the operation of the border crossing port normal.

On December 17, the working group and authorities of Zamyn-Uud soum held a virtual meeting with the Chinese side headed by the Vice Chairman of Inner Mongolia Autonomous Region of China Ouyan Xiaohui. The sides exchanged views and reached an agreement on certain issues regarding normalizing operations of border checkpoints such as Zamyn-Uud-Erlian, Gashuunsukhait-Gantsmod, Shiveekhuren-Sekhee, which play important role in bilateral trade, and possibilities to intensify export and import freight flow.

In particular, for Zamyn-Uud-Erlian border checkpoints, they concurred to increase the number of freight trucks to be exchanged between the border crossing ports a day as well as to add the number of drivers who are making transportation at phases. The Chinese side informed that it decided to receive exports of non-mining products such as meat and cashmere from Mongolia, which have been interrupted and put the truck drivers into 14-day mandatory isolation only in China. The Chinese side also expressed to continue measures targeted to raise trade volume of coal and copper concentrate as possible in a way of adding entrances to receive these products through Gashuunsukhait-Gantsmod, Shiveekhuren-Sekhee border checkpoints.

With the aim of ensuring the stability of bilateral trade turnover, the two sides agreed to broaden the scope of measures for improving preventive measures for the outbreak of COVID-19 infection, setting up infection free “Green Zone” and increasing capacity for involving the citizens, who are being engaged in cross-border transportation, in COVID-19 testing.