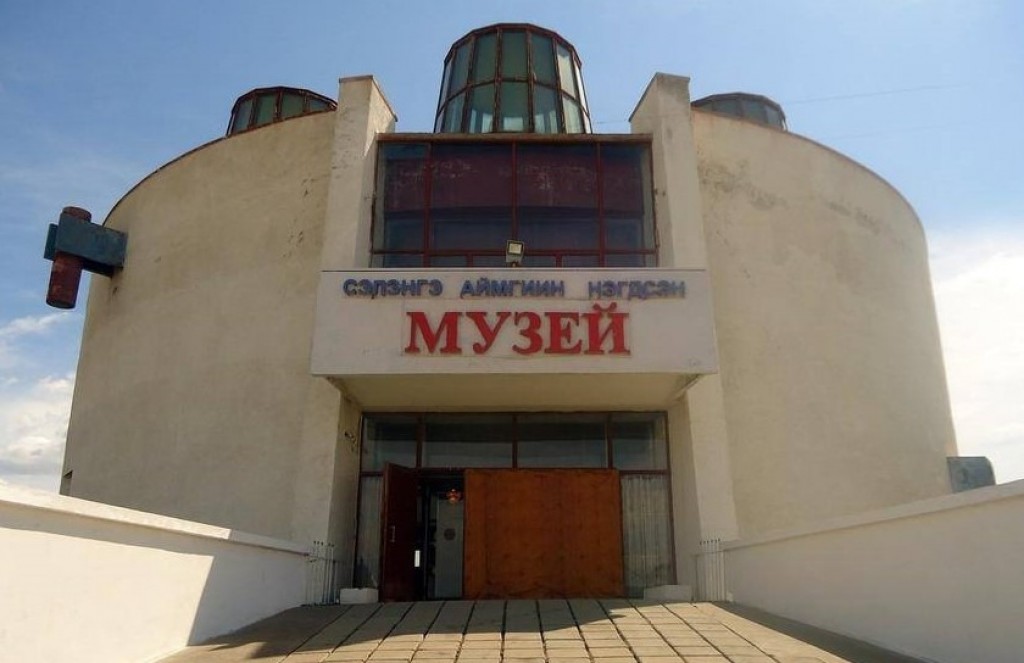 Museum of Selenge aimag features exhibits dating back to Mongolia’s independent movement in 1921.

Established in 1948, the museum was elevated its status to the Local Research Cabinet in 1960 and the Local Museum in 1968. And it was a branch of the Museum of People’s Revolution (now National Museum of Mongolia) at that time.

Then the Central Museum of Selenge aimag was established in 2004 by merging two museums- Selenge aimag museum and Museum of Altanbulag. The museum now has over 3500 exhibits.

The museum exhibits are enriched in three categories, namely, natural and ethnographic objects and objects related to the pride of Selenge aimag. Aside from them, ecological, archaeological, and precious metal objects are being preserved as well. In particular, the museum keeps the skeleton of a 2 m 10 cm tall man, which is considered a historical and cultural finding that dates back to 2200 years ago, as well as a finding of horse skeleton of that time. Considering the skeleton, people wonder how tall the man was. Moreover, there is a chain mail of a soldier of the 13th century. This is a very rare finding as the only one found in Mongolia and is special as being made of braided metal with a closed-loop.

Furthermore, there are carved images of Buddhist deities of Maitreya and Janraisig crafted by High Saint Zanabazar. Also, the museum preserves some of the personal belongings of N.Bilegsaikhan, who was serving as the first Minister in charge of Altanbulag regional affairs, the first administrative unit of Mongolia.