Archaeological sites around the capital city taken under protection 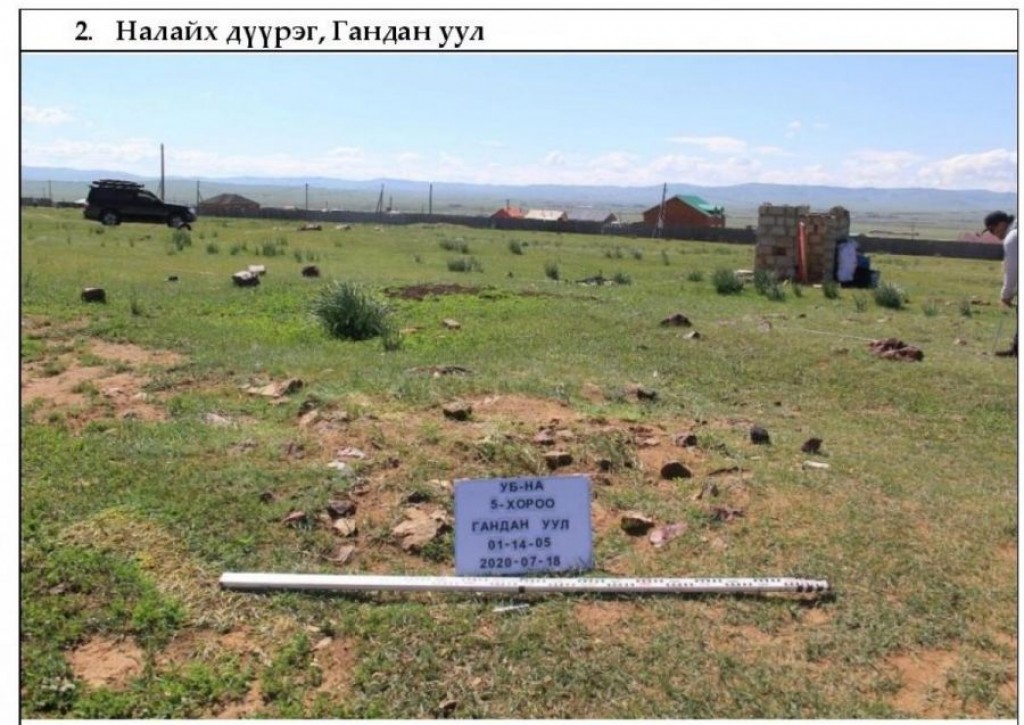 As the capital city expands, archaeological sites are more likely to be destroyed by people.

Therefore, the Chairman of the Citizens’ Representatives Khural (Council) of the Capital City J.Batbayasgalan introduced the issue to the Presidium of the Citizens’ Representative Khural. As a result, it was resolved to take three archaeological sites namely Baga Uul in Bagakhangai district, Gandan Uul in Nalaikh district, and Ar Gunt-2 in Songinokhairkhan district under protection.

After carrying out the research and excavation works to preserve at-risk archaeological remains in the capital city, instructors of the Mongolian University of Science and Technology and University of the Humanities submitted a request to the Chairman of the Citizens’ Representatives Khural to take these archaeological sites under protection.

In specific, 25 graves have been found so far in Baga Bayan Uul (Undur Del) of Bagakhangai district, of which 7-10 graves are probable to be intact, according to the research. Besides, there is a stone-covered grave in a family yard in a new settlement area near Gandan Uul in Nalaikh district. Moreover, the research revealed the burial mound, whose external structure has been severely damaged, and the remains of seven square tombs. Moreover, three graves in archaeological sites in Ar Gunt have been looted.