Scientific Cluster Center to be established 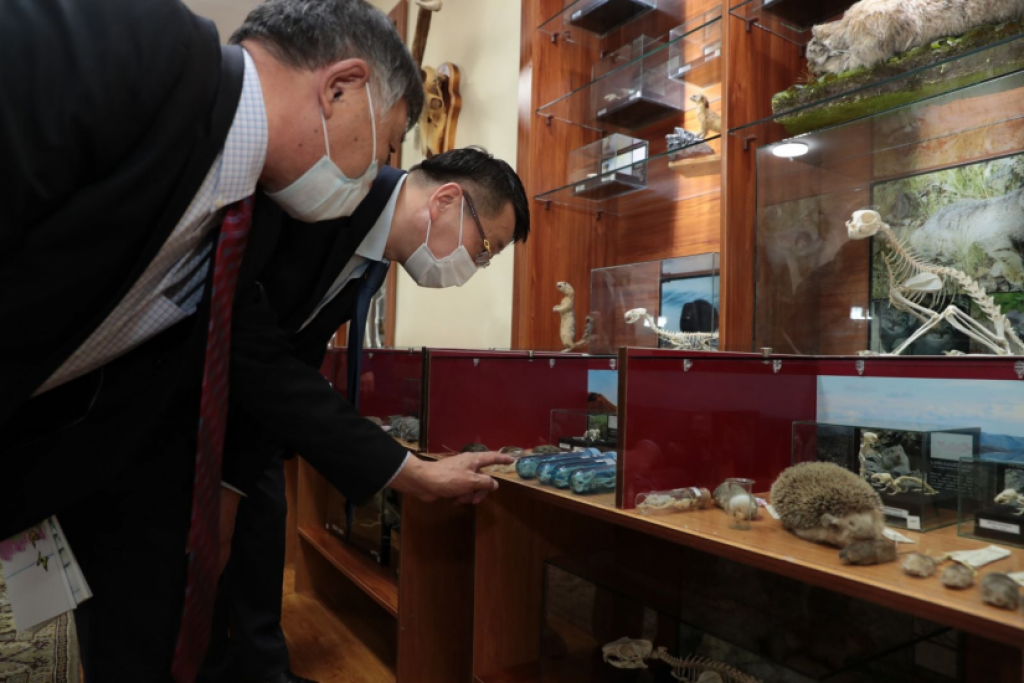 Scientific Cluster Center to be established

On May 20, Minister of Education and Science L.Enkh-Amgalan became acquainted with the laboratory operations of institutions of the Mongolian Academy of Sciences (MAS) as well as the results of the research works being carried out.

Minister of Education and Science L.Enkh-Amgalan said, “The scholars and researchers at institutes are facing similar pressing issues. However, I imagine the future of these institutes in a positive light. At first, a working group has been set up at the ministry to establish an agricultural park, which brings together 4 institutes and 2 laboratories of the Mongolian University of Agriculture as well as Biocombine. Further, it will become possible for scientific research institutions to jointly conduct research works. Currently, works are being carried out to establish a ‘Scientific Cluster Center’ complex for the first time in the history of the science sector of Mongolia. The complex is being planned to be put into operation in 3 years.”

Institute of Biology at the Mongolian Academy of Sciences:

The Government of Mongolia is currently planning to fully involve the country’s adult population in COVID-19 vaccinations by the end of June. After it, there will arise an issue "How many percent of the population received immunity". Scholars of the Institute of Biology have created a COVID-19 antibody test. The cost of manufacturing the antibody test is 3 times less than the same types of import products. During the Minister’s working visit, the scholars of the institute also informed about the possibility to manufacture soil disinfectants in large quantities.

Institute of Chemistry and Chemical Technology:

The institute has a great capacity from the creation of an “instant” version of the "Tavan tsul" soup (a soup made with five internal organs that boosts the immune system) to carrying out a detailed inspection and testing on the coal of Tavantolgoi deposit. Recently, they have introduced a new technology for powdered milk, protein products, and collagen. The researchers are also conducting research on manufacturing foam blocks using the ash produced by power plants as well as spring water and trans fats.

Institute of Physics and Technology:

Domestic production of button batteries is underway. However, the institute is faced with the issue of financing in order to manufacture the batteries enough to supply the current demand. Moreover, they also introduced the possibility to manufacture foam glass by processing waste glass, which could be used in the construction of roads and bridges as well as the insulation of homes.

The institutes are currently facing similar challenges, such as governance, social security, salary and bonuses, and being limited from participating in tenders. It has also become necessary to look back on the human resources policy for the science sector. Further, the development of scientific institutions is currently being envisioned to become clusters and a scientific park under the Mongolian Academy of Sciences.