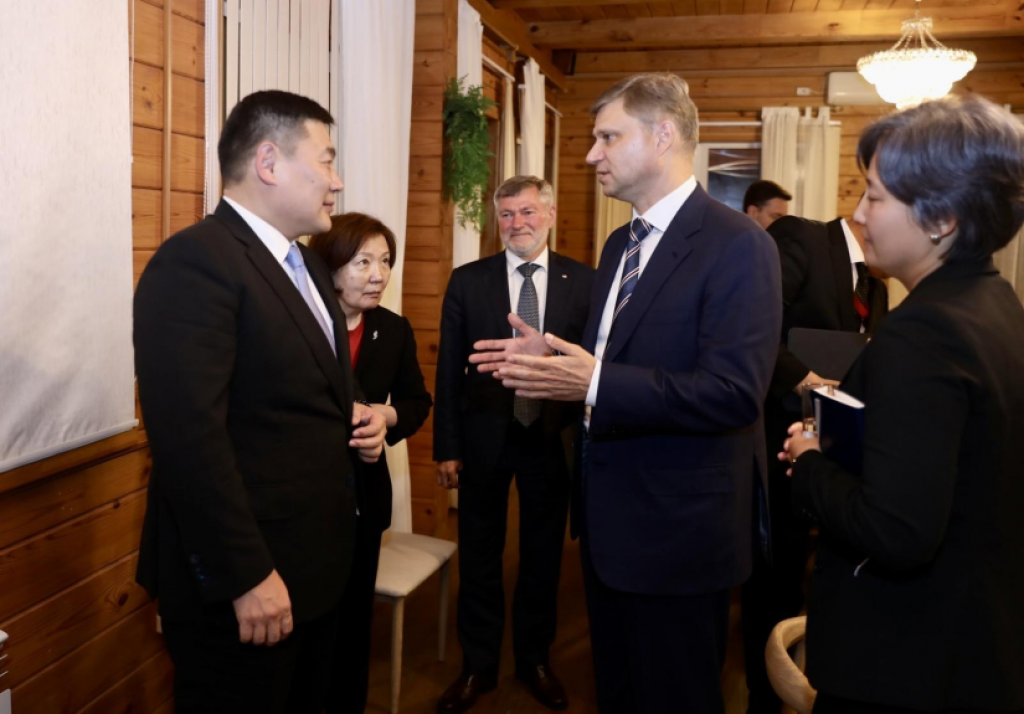 Prime Minister of Mongolia Oyun-Erdene has arrived at the Russky Island to participate in the 7th Eastern Economic Forum in Vladivostok, Russia.

Prime Minister of Mongolia Oyun-Erdene has arrived at the Russky Island to participate in the 7th Eastern Economic Forum in Vladivostok, Russia. Mr. Belozyorov, CEO and Chairman of the Executive Board of 'Russian Railways' JSC, paid a call on the Prime Minister of Mongolia, who is participating in the Eastern Economic Forum. During the meeting, the Prime Minister expressed that the Government of Mongolia is accelerating the construction project on the eastern vertical railway, and noted that such projects will be a new basis for intensifying bilateral and trilateral trade and economic cooperation not only in Mongolia but also in the region. At the conclusion of this meeting, the parties came to a decision to work for the modernization, construction, and expansion of the railway sector of Mongolia within the framework of the Revival of Border Ports, set out in the Government's 'New Revival Policy'. Issues on improving the capacity of Zamyn-Uud port or creating a double-track railway were discussed with the Russian side. The Russian side informed that in the near future it will start the construction of the eastern vertical railway and intensify the expansion and modernization of the 'Ulaanbaatar Railway' JVC. Furthermore, the parties reached an agreement to cooperate with the company on the Bogdkhan railway project, which aims to reduce traffic congestion and air pollution in Ulaanbaatar.