Mongolia to cooperate with Japan in “One Billion Trees” national movement 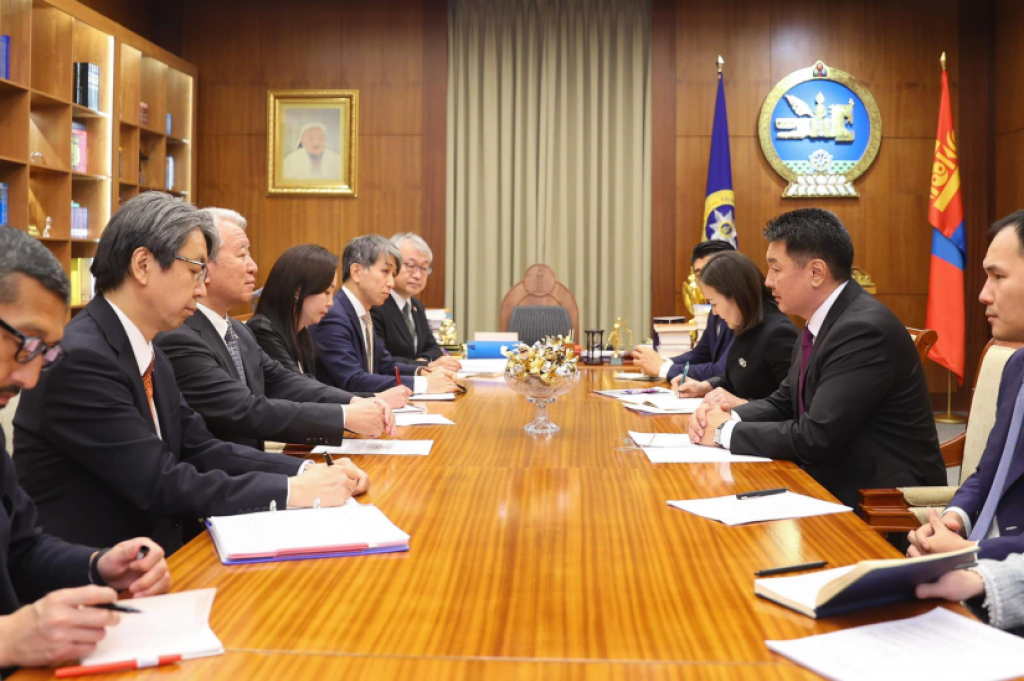 The President of Mongolia, U. Khurelsukh, received the President of the Japan International Cooperation Agency (JICA), Mr. Tanaka Akihiko. At the meeting, the President of Mongolia noted that Japan's support, concessional loans, and aid have played a special role in strengthening Mongolia's democracy and market economy system and ensuring sustainable development. Mentioning that the government and people of Mongolia highly appreciate the consistent support provided in the fields of education, health, and agriculture, he emphasized that JICA's assistance is timely, accessible to citizens, and deeply embedded. In the future, he said, there are ample opportunities for cooperation in the fields of mining, rare earth elements, agriculture, food, and tourism. Mr. Tanaka Akihiko briefly presented the results of the projects and programs implemented in Mongolia in recent years and expressed his close cooperation within the framework of the "One Billion Trees", "Food Supply and Safety" and "Healthy Mongolian" movements. This visit of Mr. Tanaka Akihiko is taking place within the framework of the 50th anniversary of the establishment of diplomatic relations between the two countries, the 25th anniversary of the establishment of JICA's Representative Office in Mongolia, and the 30th anniversary of JICA's overseas volunteer members assigned to Mongolia.