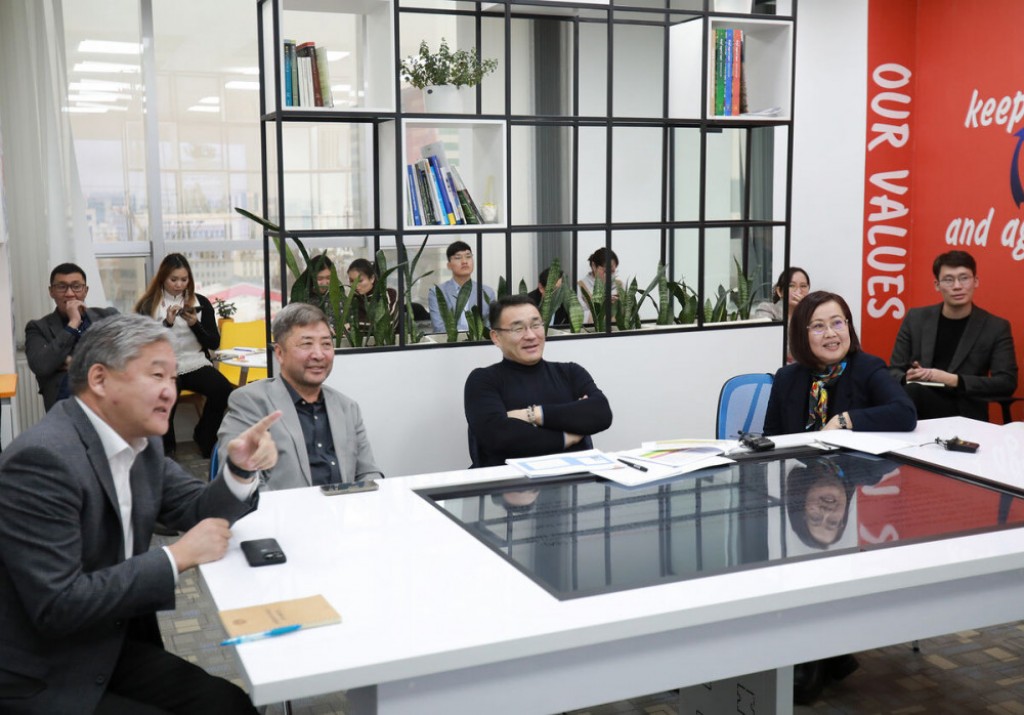 Governor of the Capital City and Mayor of Ulaanbaatar D.Sumiyabazar and relevant officials received Administrative Project Leader of the Southern region of the U.S. state of California

Governor of the Capital City and Mayor of Ulaanbaatar D.Sumiyabazar and relevant officials received Administrative Project Leader of the Southern region of the U.S. state of California and Chief Specialist in Road Transport and Urban Planning Ms. Bayarmaa Alexander. During the meeting, the sides exchanged views on the measures to be taken for traffic congestion reduction and got acquainted with the research implemented by Los Angeles city, California, U.S. Therefore, the sides emphasized that traffic congestion is a complex issue made up of number of factors, and it was considered appropriate to study the demand and need for car travel and to implement works aimed at it. Ms. Bayarmaa Alexander received her PhD in Mathematical Modeling of Transportation from Kyoto University in Japan and has experience in working on road transport and urban planning projects in Japan, the Netherlands, and the U.S. Currently, she is leading a long-term project to develop road transport in the Southern region of Los Angeles, California, U.S. until 2040. Ulaanbaatar city has a population of 1.6 million, an average of 440-460 thousand vehicles travel every day and about duplicated number of 2.9 million vehicle participate in traffic per day. In addition to going to work and going home, the main reasons people travel by car include going to schools and kindergartens, shopping and service centers, and vacation and leisure places.