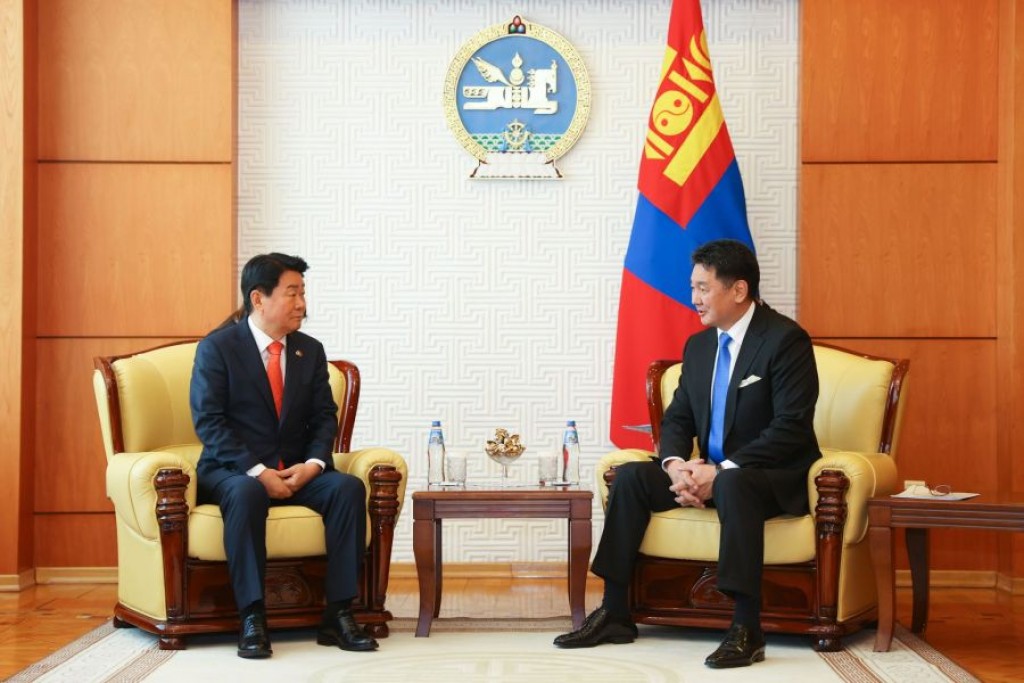 Ambassador of the Republic of Korea to Mongolia Kim Jong-gu presented his Letter of Credence to President of Mongolia Ukhnaagiin Khurelsukh.

Ambassador of the Republic of Korea to Mongolia Kim Jong-gu presented his Letter of Credence to President of Mongolia Ukhnaagiin Khurelsukh. On the occasion of presenting the letter of credence, President Ukhnaagiin Khurelsukh received and congratulated him on his assignment as the Ambassador. During the meeting, the parties exchanged views on advancing trade, investment, and economic relations to a new level, mutually protecting civil rights, and expanding the cooperation in children and youth exchange based on the constructive “Strategic Partnership” relations between Mongolia and Korea. President U. Khurelsukh noted the wide range of opportunities to enrich our economic relations with new content by combining our natural resource management with advanced technologies and know-how of the Republic of Korea. He also highlighted the significance of supporting people-to-people ties and facilitating the conditions for the passengers traveling between two countries and asked him to focus on these issues. While underscoring that Mongolia, which has extensive historical and cultural ties, is an important partner of the Republic of Korea in the Northeast Asian region, Ambassador Kim Jong-gu also expressed that he would pay attention to the implementation of the things mentioned by the President of Mongolia.