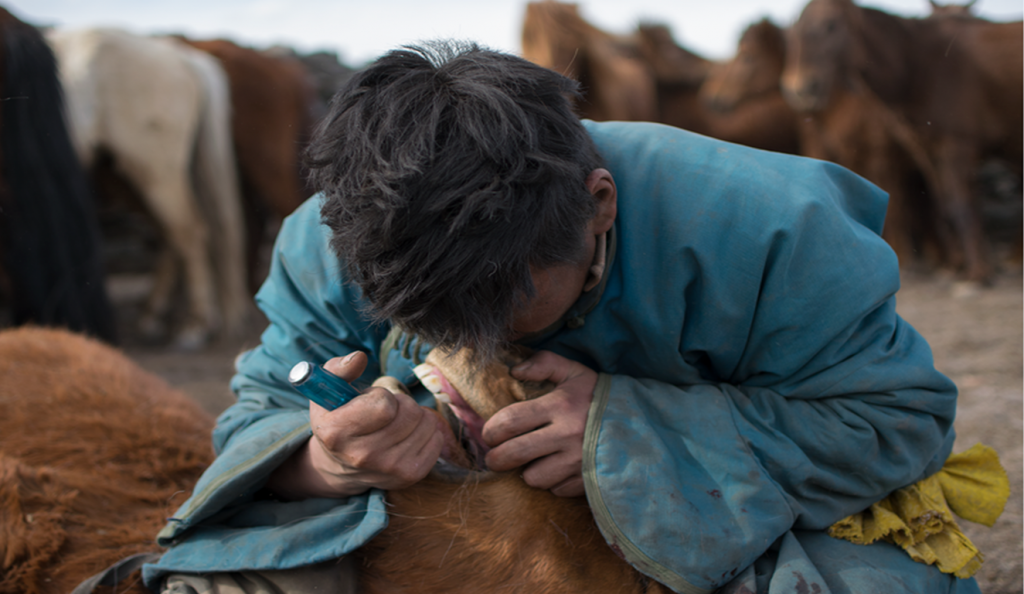 That dental practice, which dates to as early as about 2800 years ago, coincided with the appearance in Mongolia of metal bits that made it easier for riders to control horses.

Mongolian pastoralists were trying to remove troublesome teeth from horses’ mouths almost 3200 years ago, making those mobile herders the earliest known practitioners of horse dentistry, a new study finds. Those initial, incomplete tooth removals led to procedures for extracting forward-positioned cheek teeth known as first premolars from young horses, say archaeologist William Taylor and his colleagues. That dental practice, which dates to as early as about 2800 years ago, coincided with the appearance in Mongolia of metal bits that made it easier for riders to control horses, according to the researchers. Long-distance travel and mounted warfare with sedentary civilizations across Asia soon followed. “Veterinary dentistry was instrumental in the rise of horse warfare on the Eurasian steppes, allowing herders to use metal bits while avoiding behavior and health complications for horses that may have accompanied bit use,” says Taylor, of the Max Planck Institute for the Science of Human History in Jena, Germany. In particular, first premolars could interfere with a bit’s movement and cause pain or damage to the tooth. Taylor’s group identified microscopic signs of cutting and sawing on frontal teeth from two of ten Bronze Age Mongolian horses. These two teeth, which date to between around three thousand two hundred and two thousand nine hundred years ago, apparently grew at odd angles that may have interfered with chewing. “This results of our study show that a careful understanding of horse anatomy and a tradition of care was first developed, not in the sedentary civilizations of China or the Mediterranean, but centuries earlier, among the nomadic people whose livelihood depended on the well-being of their horses.”