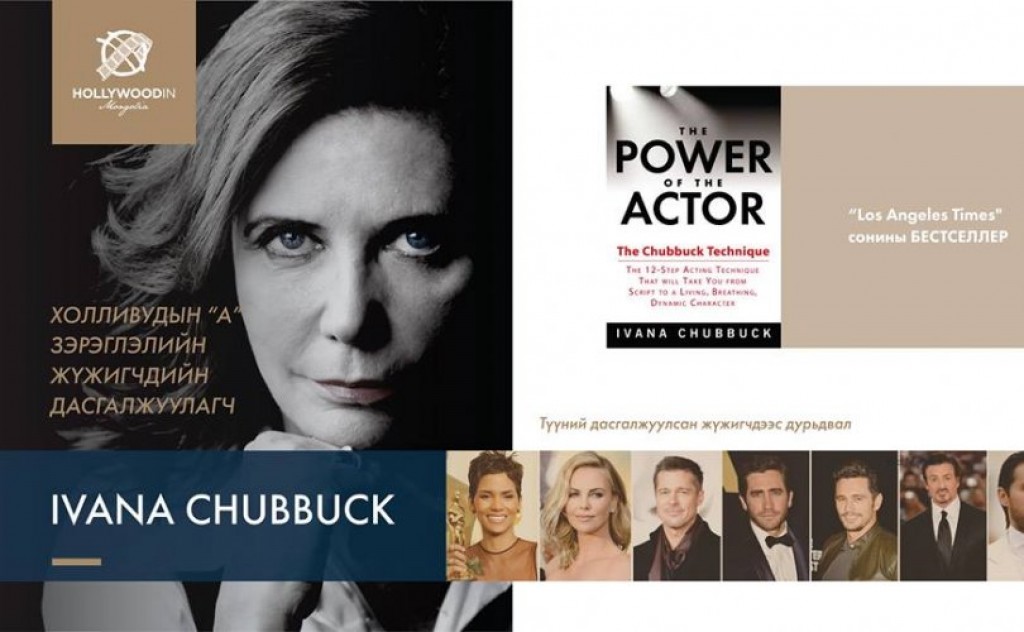 The festival is expected to open incredible opportunities for Mongolian film makers, producers and actors as 16 Hollywood guests are attending.

The Hollywood in Mongolia International Film Makers’ Festival is taking place for the first time in Ulaanbaatar from May 1 to 7. The festival is expected to open incredible opportunities for Mongolian film makers, producers and actors as 16 Hollywood guests are attending, including Ivana Chubbuck, a Los Angeles Times bestseller, premier acting teacher and coach who coached Hollywood stars such as Brad Pitt, Halle Berry, and Charlize Theron. Moreover, producer Tom Coddington, director David Petrarca, actor and producer Rudy Youngblood, juries of the Cannes and Berlin International Film Festivals and other major representatives of the industry are participating in the festival. Khanui Film NGO initiated the festival in an effort to bringing international film makers to Mongolia, take the local film industry to a higher level, improve the quality of films produced in Mongolia, and provide local film makers a platform where they can learn from the experience of world-class experts, and initiate collaboration between Mongolian and Hollywood artists. A series of events starting from the launching ceremony of “The Power of the Actor” book by Ivana Chubbuck to forum, discussions, master classes and meetings with the public are scheduled to take place during the festival. Organizers shared plans to host the festival once every two years.