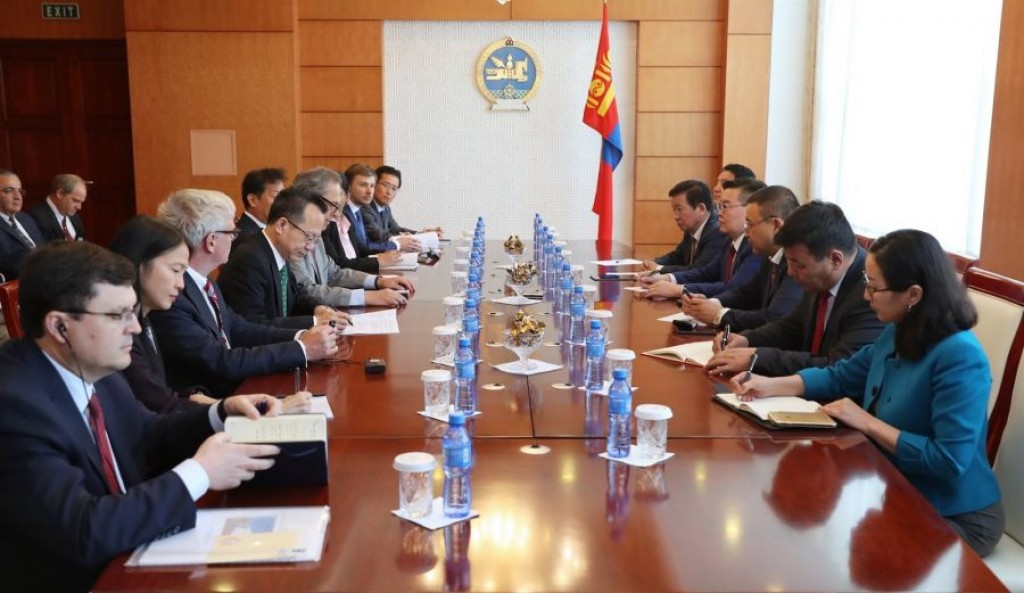 Speaker of Parliament Mr. Zandanshatar received representatives of the World Bank Group or /WBG/. At the beginning of the meeting, Jorge Alejandro Chávez Presa, Executive Director at the World Bank Group, informed that the WBG delegation is visiting Mongolia to see the implementation progress and outcomes of the projects being implemented by WBG, expressing pleasure with the macro-economic stabilization in Mongolia.  He highlighted that the country has been pursuing policies to develop small and medium industries, especially animal raw material-based industry, and increase manufacturing and export of value-added products while speaking of the possibility of creating a large number of jobs through increased export of cashmere products. Speaker Zandanshatar informed of some of the actions, such as placing a high focus on supporting foreign investors, collaborating with the investors in developing a favorable and stable legal framework, developing eco-cities, and building campuses near the capital city. Furthermore, the Speaker proposed cooperating and implementing projects for creating jobs, eradicating poverty, reducing air pollution, and protecting the environment through the developed railway network, infrastructure, agriculture, and tourism.