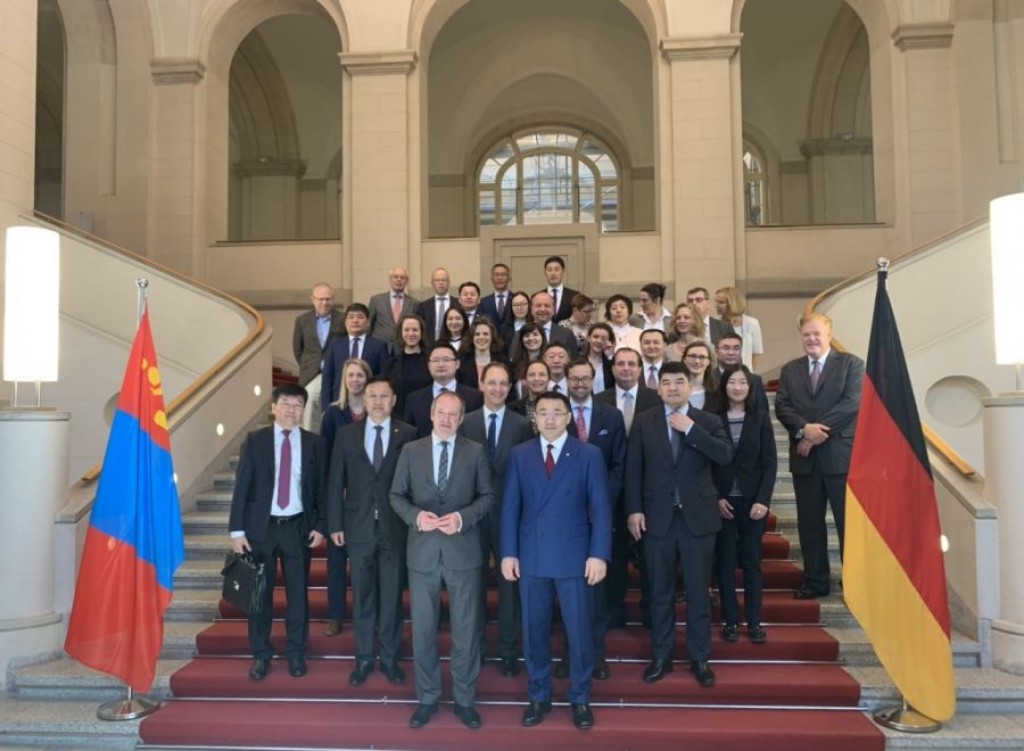 The seventh meeting of the working group, designated to monitor and coordinate the implementation of the MongoliaGermany intergovernmental agreement was held in Berlin

The seventh meeting of the working group, designated to monitor and coordinate the implementation of the MongoliaGermany intergovernmental agreement on cooperating in the fields of mineral resources, industry, and technology, was held in Berlin. The meeting was co-chaired by Sumiyabazar, Minister of Mining and Heavy Industry and Parliamentary State Secretary at the Federal Ministry for Economic Affairs and Energy of Germany. In his address at the beginning of the meeting, Minister Sumiyabazar gave brief information on the current political, economic and social situation of Mongolia, while noting that the meeting serves the purpose of ensuring the implementation of the agreement. “I would like to emphasize that Germany’s support, especially cooperation in the fields of trade, investment, mining, industry, and technology has a significant role in strengthening economic growth and ensuring sustainable development in Mongolia. We are interested in enriching Mongolia-Germany comprehensive partnership relations and cooperation with economic content on a mutually beneficial basis. I agree that partnerships between private entities of the two countries are very important in deepening economic ties and boosting investment”, said the Minister. In addition, Head of the Geological Policy Coordination Department at the Ministry of Mining and Heavy Industry B.Munkhtur reported about the Mongolian government’s policies and actions on rare earth elements. The sides reviewed the implementation of the intergovernmental agreement and the previous meeting’s decisions as well as the progress of the projects and programs being jointly carried out. The working group also discussed proposals made from the financing working party of its economic committee comprised of representatives of public and private sectors of the two countries and further actions to be taken.