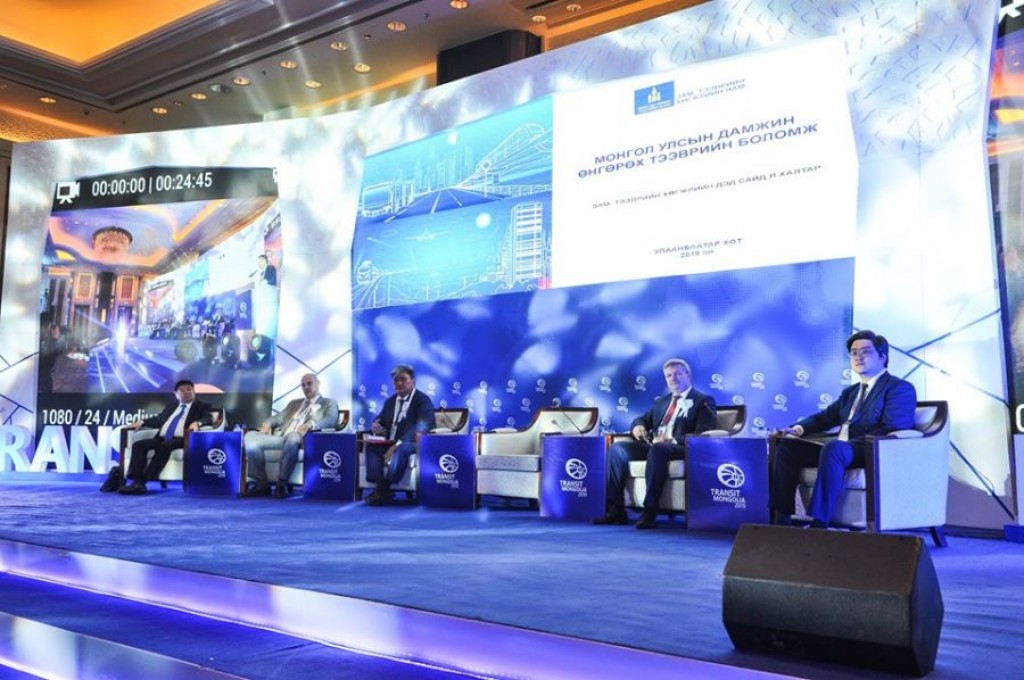 ‘Transit Mongolia 2019’ international forum was jointly organized by the Government of Mongolia, Ministry of Road and Transport Development.

‘Transit Mongolia 2019’ international forum was jointly organized by the Government of Mongolia, Ministry of Road and Transport Development within the framework of the 70th anniversary of Ulaanbaatar Railway Company’s establishment. Chairman of Ulaanbaatar Railway JVC Jigjidnyamaa noted that Ulaanbaatar Railway will operate the newly established regional logistics center in Zamyn-Uud town in eastern Mongolia. We are working to increase the competitiveness of Ulaanbaatar Railway in the regional transport market, making it transit corridor linking Asia and Europe and increase the current capacity of 26 million tons up to 30 million by 2020, noted Chairman of Ulaanbaatar Railway JVC. The Ministry of Road and Transport Development informed that there’s need to improve the road from the northern border to the southern border. It is planned to connect the four-lane roads to the northern and southern borders in the future. Moreover, the ministry plans to increase the airway transit by cooperating with foreign airlines. Russia-China bilateral trade turnover will soon reach USD 200 billion, while trade turnover between Mongolia and China is to reach USD 10 billion. Thus, Mongolia should be the main transit of this major trade turnover.