Mongolia and South Korea strengthen their relations regarding the environment 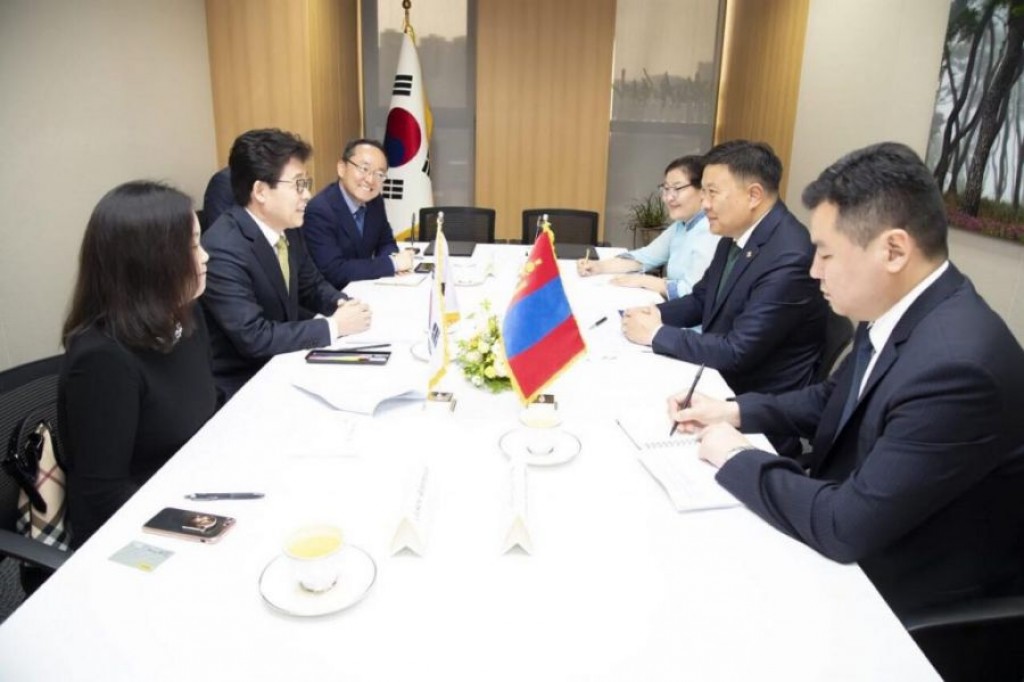 Mongolia’s Minister of Environment and Tourism met with his South Korean counterpart during the 4th meeting of Mongolia-Korea Intergovernmental Joint Committee held in Seoul, Korea.

Mongolia’s Minister of Environment and Tourism met with his South Korean counterpart during the 4thmeeting of Mongolia-Korea Intergovernmental Joint Committee held in Seoul, Korea. The ministers emphasized the expanding bilateral relations, especially in the environmental sector, expressing satisfaction with the expansion of activities not only in specially protected areas, weather, reforestation and combating desertification, but also in new areas like water, biodiversity, climate and green vegetation. The Korean side noted that the issues of yellow dust storm and particles of dust accumulated in the atmosphere are still important, suggesting to consider air pollution and climate change issues as an area of priority  within the cooperation. The parties also agreed to organize the meeting between the Ministries of Environment of Mongolia and Korea at researcher in Ulaanbaatar in August 2019 and the policy consultative meeting at the ministerial level in 2020. It was also agreed to intensify and expand cooperation between the ministries within the 30thanniversary of the establishment of diplomatic relations to be marked next year.