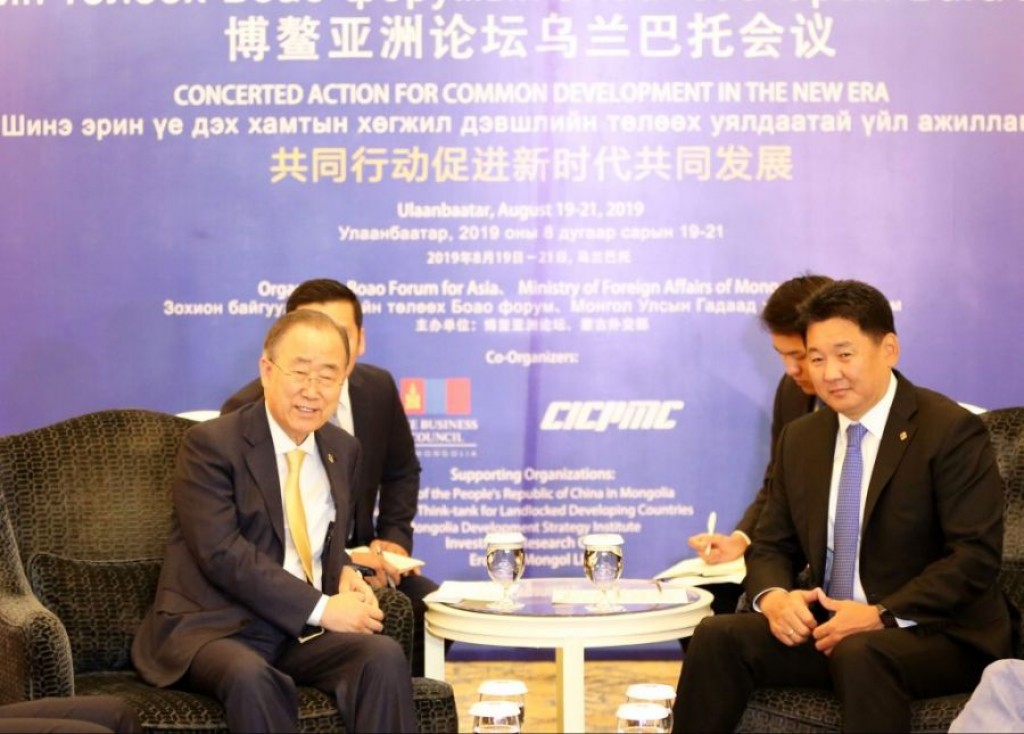 The Prime Minister Mr. Khurelsukh received delegates led by Ban Ki-moon, Chairman of Boao Forum for Asia and the 8th Secretary-General of the United Nations.

The Prime Minister Mr. Khurelsukh received delegates led by Ban Ki-moon, Chairman of Boao Forum for Asia and the 8th Secretary-General of the United Nations. Expressing his satisfaction with broader participation of public and private sectors and international organizations in Boao Forum Asia Ulaanbaatar Conference, PM Khurelsukh underlined the importance of further increasing the involvement of youth, scholars, scientists, and businessmen and expanding Mongolia’s involvement in the BFA. The PM said that the conference is held within the 70th anniversary of diplomatic relations between Mongolia and China. It is believed to help to strengthen ties of businessmen of the two countries and seeking possibilities to deepen mutually beneficial cooperation with other partner countries and international organizations. Thanking the PM for his speech at the opening of the BFA Ulaanbaatar Conference, Mr. Ban Ki-moon delivered an invitation for the attendance of Mongolian high-level delegation at the event for BFA’s 20th anniversary that will occur next year. Mr. Ban also said that Mongolia has the potential to play an important role in regional development, and asked the support of the Mongolian Government for cooperation in the area of climate change and air quality.