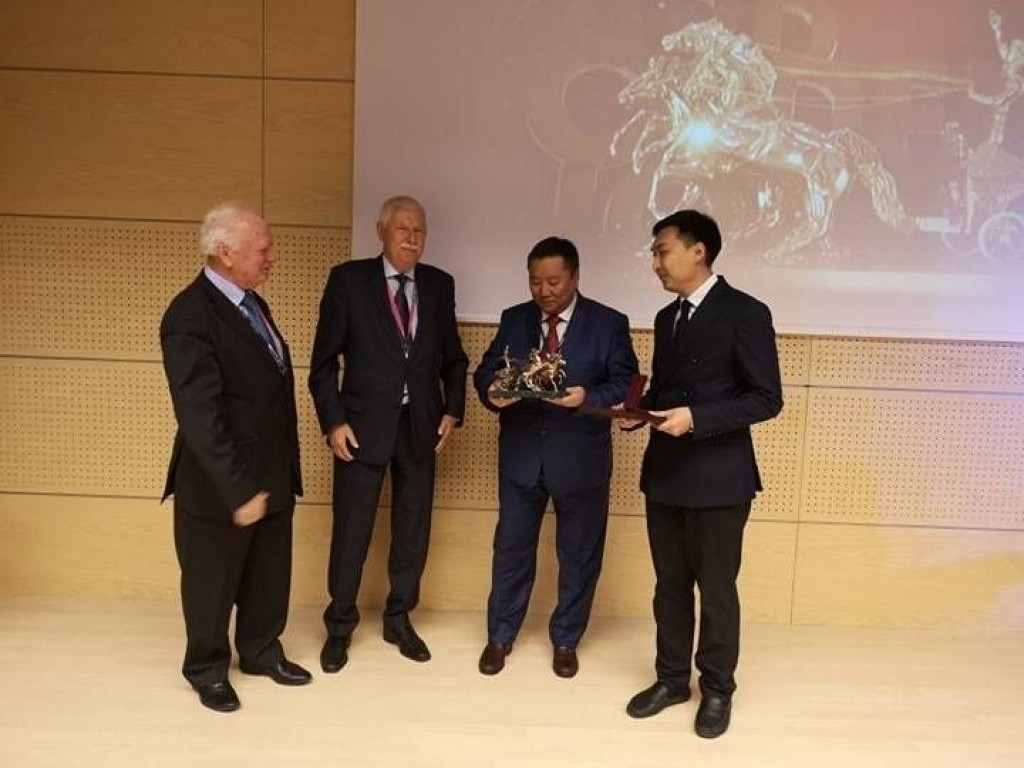 Ulaanbaatar Railway JSC was awarded the ‘Golden Chariot’ international transport award in category Excellence in Railway Transport. The award ceremony was organized on September 24 during the TRAKO 2019 - 13thInternational Railway Fair in Gdansk, Poland. At the ceremony, the Golden Chariot award, the diploma and an international certificate of honorary cooperation were handed over to the delegates of the Ulaanbaatar Railway. The Mongolian-Russian joint venture Ulaanbaatar Railway has made a historic achievement by the  transportation of 25.7 million tons of freight this year and proved to be the main railway corridor connecting Asia and Europe by having a considerable increase in the freight forwarding through Mongolia. This year, 14 organizations from around the world were awarded with the Golden Chariot award, including public transportation organizations, private companies, universities and academic research centers. The Golden Chariot award, with its organizing team headquartered in Vienna, Austria, selects the best players in the sectors of transportation and ecology and more than 900 companies and professionals from 82 countries have become winners of the Award in various categories so far.