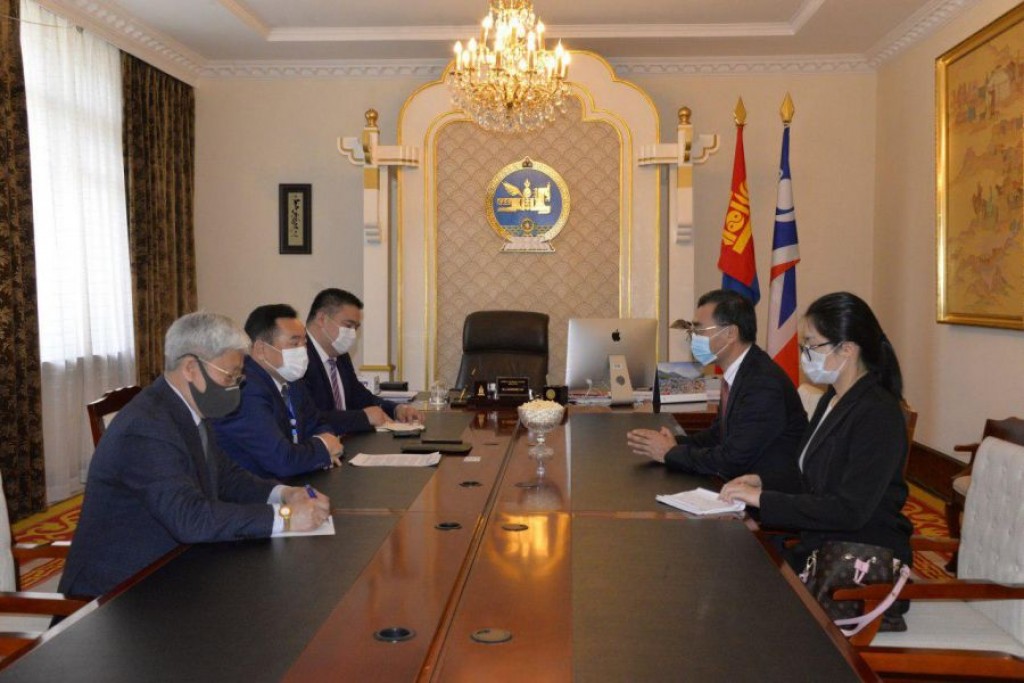 Deputy Speaker of the Parliament of Mongolia Ya.Sanjmyatav received Ambassador Extraordinary and Plenipotentiary of the People’s Republic of China to Mongolia Chai Wenrui.

During the meeting, Ambassador Chai Wenrui said, “President of the People’s Republic of China Xi Jinping paid a state visit to Mongolia in 2014, bringing bilateral relations to the Comprehensive Strategic Partnership. The cooperation between the supreme legislative body and the parliamentary group has played an important role in strengthening the long-standing friendly relations and cooperation between the two countries” and expressed his readiness to implement the government's policy to strengthen friendly cooperation between China and Mongolia and expand cooperation between legislatures of the two countries. For his part, Deputy Speaker Ya.Sanjmyatav emphasized that the Chinese government, led by President Xi Jinping, has taken prompt measures to combat the COVID-19 pandemic and has acted responsibly. Moreover, he remarked that the visit of President of Mongolia Kh.Battulga to China in February was the expression of solidarity of the people of the two countries in the fight against the pandemic. In his speech, Ambassador Chai Wenrui noted that the people of China will never forget the support and assistance rendered by the Government of Mongolia, members of the Parliament and the people during hard times caused by the pandemic and highlighted that Mongolia’s accurate policy, responsible and prompt responsive actions is showing a good example in the world. At the end of the meeting, Deputy Speaker Ya.Sanjmyatav wished success to the Ambassador in his future endeavors and instructed him to focus on deepening inter-parliamentary relations as cooperation between the legislatures is an important component of bilateral relations.