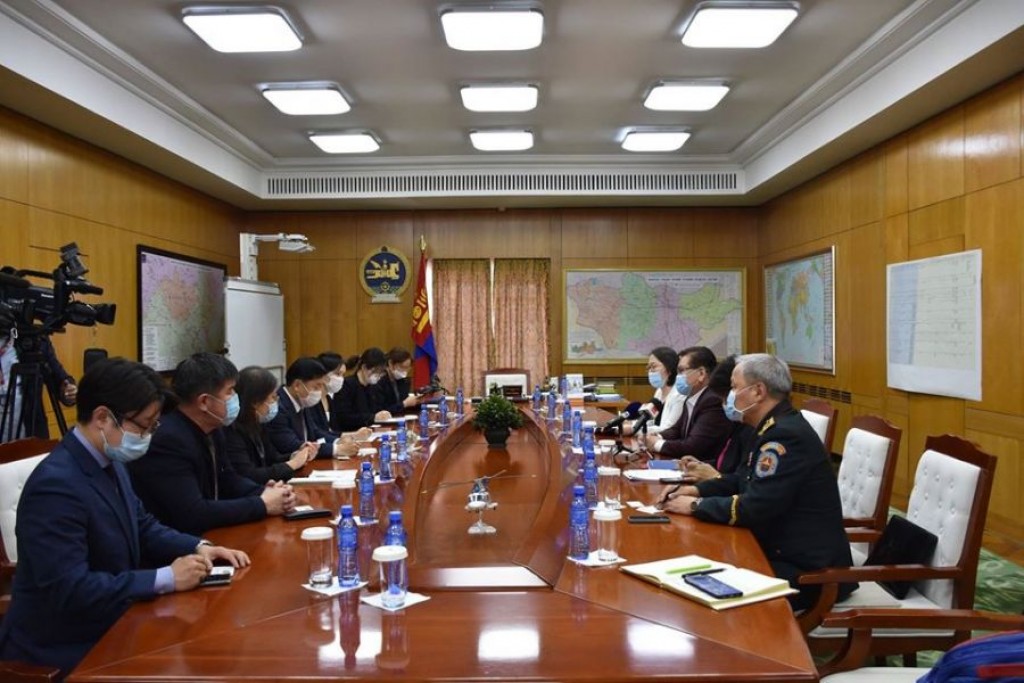 At the beginning of the meeting, Deputy PM U.Enkhtuvshin expressed his pleasure that the relations between the two countries have been expanding in all fields and that this year marks the 30th anniversary of the establishment of diplomatic relations between the two countries. The sides then exchanged information on the Covid-19 situation in the countries and ongoing government measures. Ambassador Lee Yeo-hong said, “Mongolia having a small number of Covid-19 cases despite its geographical location between Russia and China appears to be thanks to the actions taken by the country’s government and State Emergency Commission. The country has a parliamentary election coming up this month. No increase was detected in South Korea’s Covid-19 cases during the country’s legislative election held in April. All we did was stick to the principle that everything has to be transparent” The Ambassador also spoke of the charter flights scheduled on June 17 and 18 from Seoul to Ulaanbaatar, requesting that some of the evacuees be illegal immigrants. Deputy PM U.Enkhtuvshin thanked the Ambassador for his recognition of the government’s actions. “Even though Mongolia has thus far recorded no local transmission of Covid-19 thanks to the support of international organizations, there is no reason to let our guard down. We have been repatriating our thousands of citizens. Our concern is that it gets hectic during elections. Young people are especially at risk. We, therefore, approved a temporary regulation for the prevention of COVID-19 spread during the election, ordering that, for example, participants of meetings and events of candidates and voters be 1.5 meters apart from each other. We had learned a lot from the recent election of South Korea in developing the regulation. ”During the meeting, KOICA Mongolia donated USD 35 thousand worth protective equipment and disinfectants to the State Emergency Commission.