Ambassador to Japan presents certificate of appreciation to Japanese Mongolist 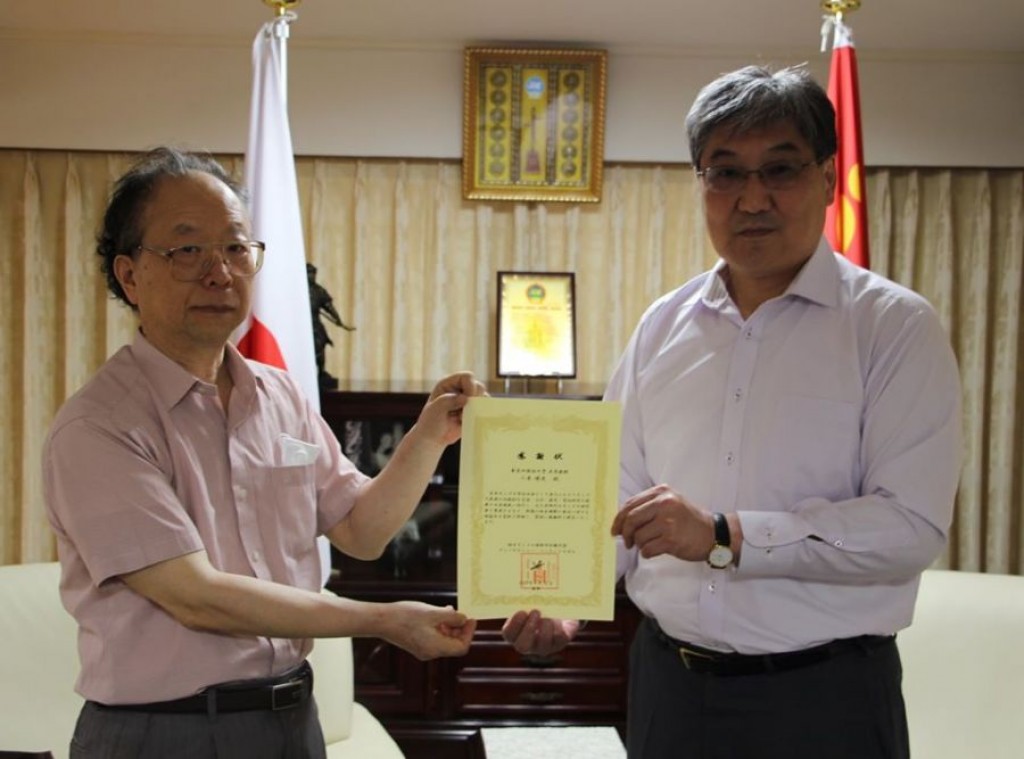 Ambassador to Japan presents certificate of appreciation to Japanese Mongolist

Ambassador Extraordinary and Plenipotentiary of Mongolia to Japan D.Batjargal on June 12 met with Professor Hiroshi Futaki from the Tokyo University of Foreign Studies, who has served as President of the Japanese Association for Mongolian Studies (JAMS) since 2016 and presented a certificate of appreciation to the outgoing JAMS President. Underlining that Mr. Hiroshi Futaki has guided JAMS successfully for the past four years and made valuable contributions to the mutual understanding and cooperation between the two countries by promoting Mongolian language, culture, history and traditions to the Japanese people and educating the next generation of Japanese Mongolists, Ambassador D.Batjargal talked with the Mongolist about the current state and future of Mongolian studies in Japan. Expressing his pleasure that the Government of Mongolia has been providing policy support to Mongolian studies abroad over the recent years, Mr. Hiroshi Futaki said the association has received financial assistance from the Mongolian government three times and translated the writings of Japanese Mongolists into English and organized a forum of Asian Mongolists in Tokyo during his term as JAMS President. Incidentally, 2020 marks the 50th anniversary of the Japanese Association for Mongolian Studies.