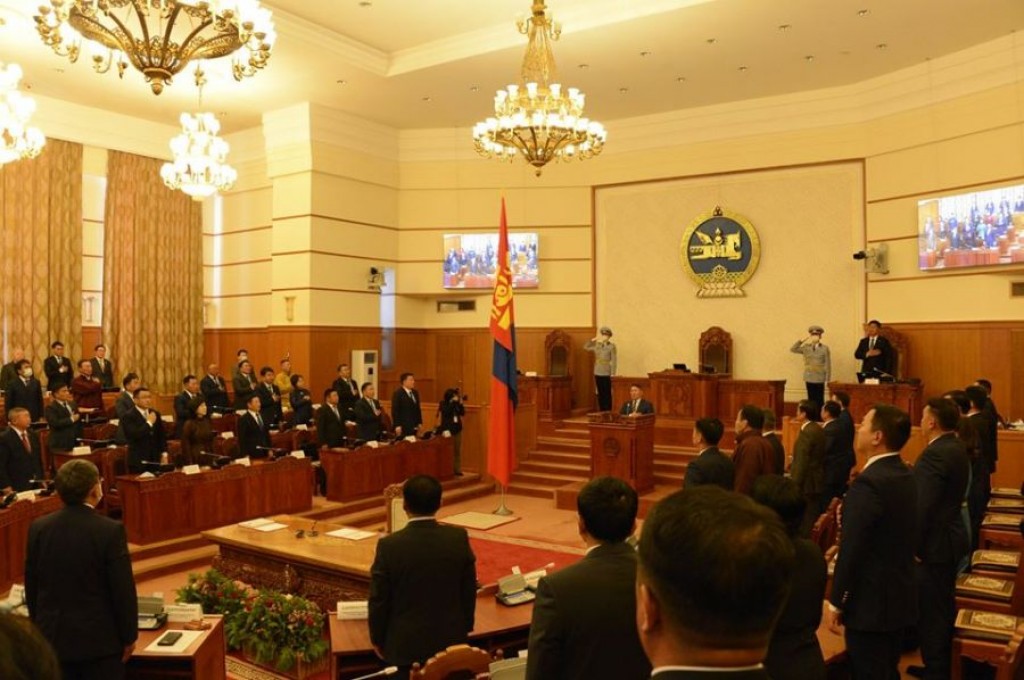 In accordance with the corresponding law, the first session is being chaired by the eldest member of the new parliament 66-year old Kh. Badelkhan until the Speaker of the parliament is chosen and assumes office. President of Mongolia Kh.Battulga delivered opening remarks at the session and Chair of the General Election Commission of Mongolia, the central election authority Ch.Sodnomtseren gave a speech on the results and reports of the 2020 parliamentary election held on June 24. In the first session, newly-elect members of the 76-seat parliament are currently taking the oath of a member of the parliament and signing the declaration of the oath. In his speech given at the session, Ch.Sodnomtseren, General Election Commission informed that the country’s eighth legislative election was held with 337 election committees and 2070 polling places nationwide, mobilizing 35,772 public service officers by strictly maintaining all health safety and precautionary rules and guidelines during the COVID-19 global pandemic.“Out of 2,003,969 eligible voters, 73.6 percent or 1,475,780 voters cast their ballots in the latest election, which marks the highest voter turnout among all presidential, parliamentarian and local council elections held since 2000.”  According to him, more than 300 local media representatives, as well as some reporters of media organizations from Russia, South Korea, China, and Qatar, worked during the election while delegates from the USA, Australia, Japan, and the United Kingdom observed to assess the conduct of the election process, along with over 300 observers authorized by domestic political parties, coalitions, and independent candidates. Among 76 members of the new parliament, 38 are first-time members.