‘Culture Hour’ campaign to be implemented in all districts 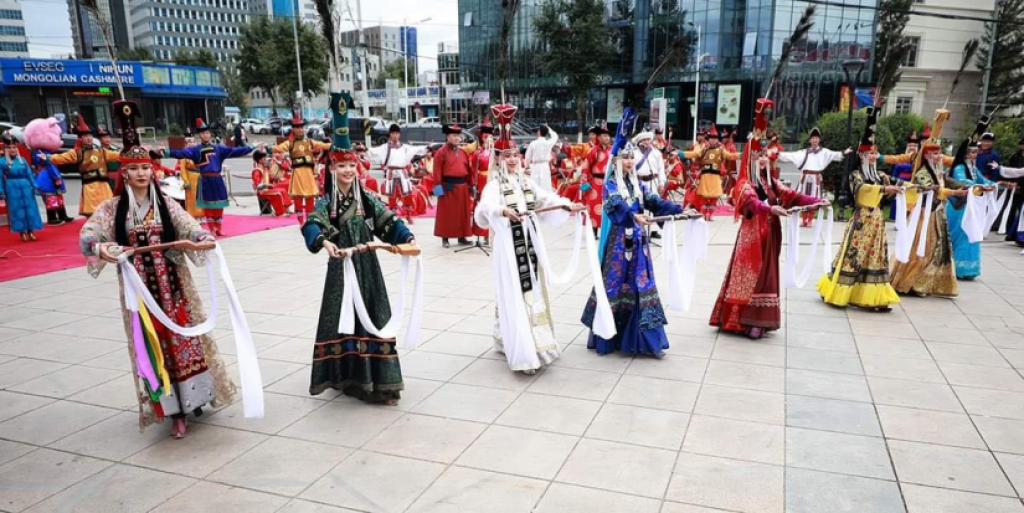 ‘Culture Hour’ campaign to be implemented in all districts

On August 26, the opening ceremony took place for the ‘Culture Hour’ campaign being implemented by the Ministry of Culture and the Governor’s Office of the Capital City in aims of bringing culture and art services to the public, increasing its accessibility, and promoting the operations of culture and arts organizations. Minister of Culture S.Chuluun, Acting Governor of the Capital City, and Mayor of Ulaanbaatar J.Batbayasgalan and other corresponding officials attended the ceremony. Minister S.Chuluun said in his remarks, “As a result of the 2020 parliamentary election, the Ministry of Culture has been re-established after 24 years. With the establishment of the ministry, it creates the opportunity for those in the sector for a better partnership, which is the first step for the protection and promotion of Mongolian culture and heritage.”The campaign is planned to be organized at 24 locations in the nine districts of the capital city, involving professional arts institutions. In its framework, various performances and services such as concerts, exhibitions, and mobile libraries are planned to be presented to the public free of charge. Acting Governor of the Capital City J.Batbayasgalan said, “Despite the phased re-opening of institutions such as libraries and cinemas in the framework of satisfying the public necessity for culture and art, large scale operations in the arts sector have yet to be resumed. Thus, we are implementing this program to provide cultural services without a mass gathering of citizens. Over 20 state-owned institutions including theaters, museums, and libraries participated in the opening ceremony. The ‘Culture Hour’ campaign is planned to continue until October 26.