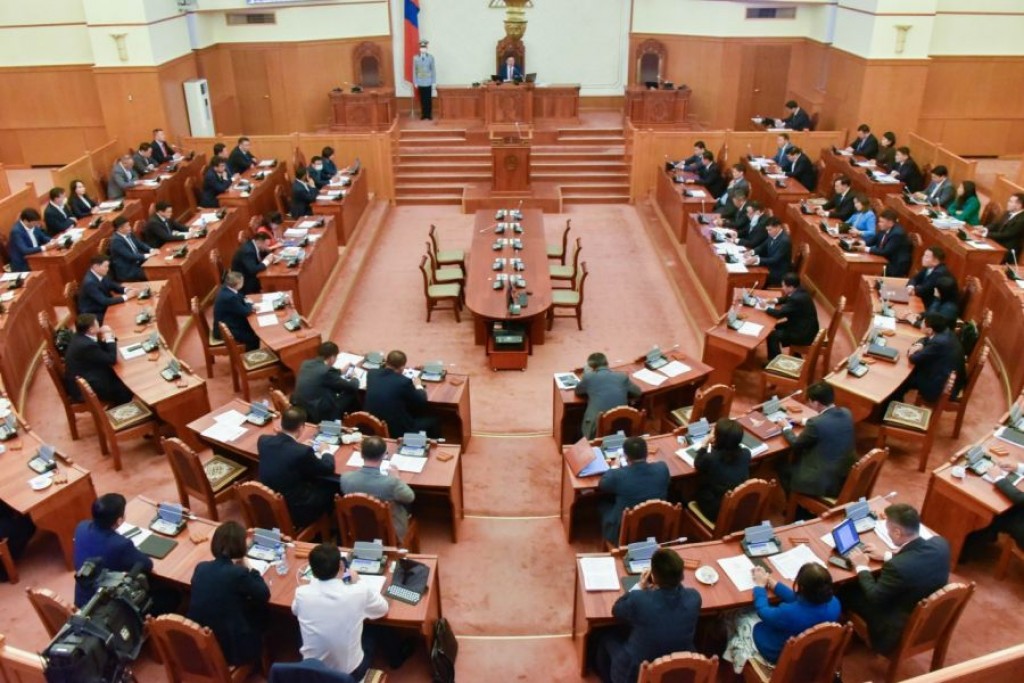 The Mongolian parliament –State Great Khural wrapped up its extraordinary session on August 28, Friday, two weeks after opening on August 17.

At the outset of the closing day meeting, Parliament Speaker G.Zandanshatar announced that a lobby group to promote public health was set up at the parliament with a view to eliminate underlying problems facing the healthcare industry of Mongolia and adopt laws and regulations to introduce cutting-edge medical technologies and practices. In the coming 4 years, the lobby group will work toward enhancing the financing system of the medical industry, creating a legal environment to keep the professional workforce of the healthcare industry separate from politics and to improve early detection and screening of cancer and combat drug-and alcohol-related problems and so on.  Also, during the plenary meeting, the parliament held a discussion on the appointment of members of the General Election Commission (GEC), as proposed by the President of Mongolia and Parliamentary Standing Committee on State Structure and voted in favor of the approval of J.Bold, D.Davaa-Ochir, E.Tuvshinjargal, P.Delgernaran as members of the GEC for the next six years. Former members, a chair, and secretary of the GEC were released from their positions due to reaching retirement age or departure from their jobs. Further, the parliament approved a parliamentary resolution to appoint chair and secretary of the GEC as the Law on General Election Organization states that the Chair and Secretary of the GEC shall be appointed from members of the GEC on the suggestion of the parliament Speaker. The parliament supported Speaker G.Zandanshatar’s suggestion to appoint P.Delgernaran as the Chair and D.Davaa-Ochir as the Secretary of the GEC. The parliament then discussed and approved a draft resolution to reduce loan interest rates with 32 parliament members in attendance out of a total of 76 members.  The resolution reflects detailed measures on creating a stable macroeconomic environment, reducing loan risks and costs, and reducing the operational costs of banks and financial institutions. After approving the resolution, Parliament Speaker Zandanshatar gave an order to the Bank of Mongolia and the Financial Regulatory Commission to present tangible measures to implement the interest rate loan reduction strategy at the autumn session. Throughout the extraordinary session held between August 17 and 28, the parliament approved 5 separate bills, 23 amendment’s to laws and regulations, and 11 parliamentary resolutions, including a five-year guideline for the development of Mongolia, the government action plan for 2020-2024, amendments to the State Budget 2020 and accompanying laws, the presidential line-item veto on the Law on the State Great Khural of Mongolia, a resolution on the Approval of strategy to reduce loan interest rates and Agenda to be discussed during the Parliament’s autumn session of 2020.