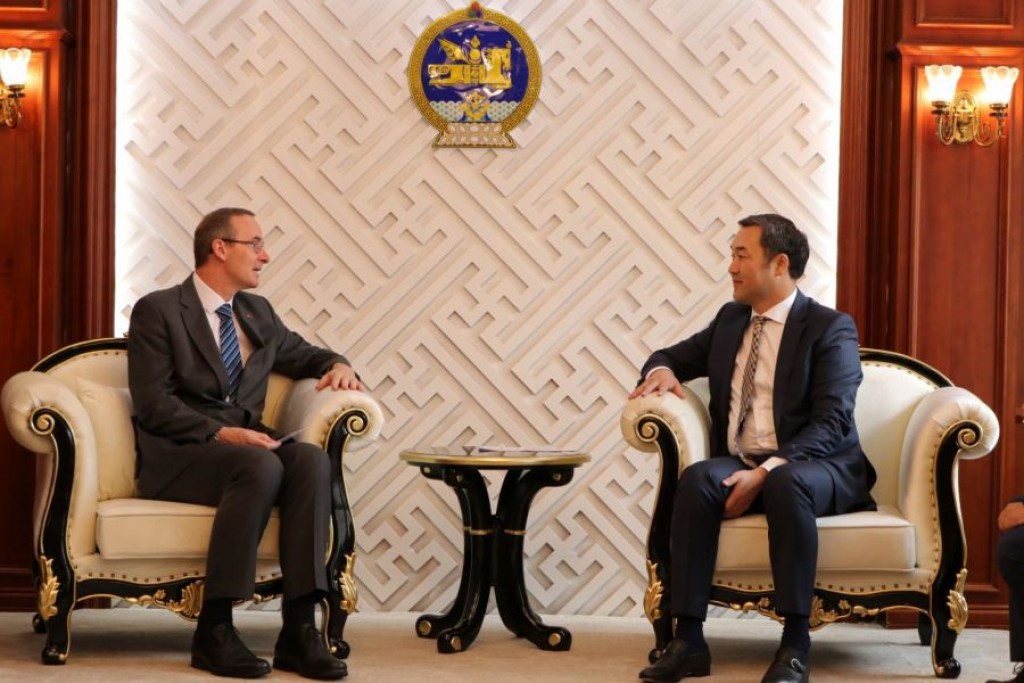 Minister of Energy N.Tavinbekh has received Ambassador Extraordinary and Plenipotentiary of the United Kingdom of Great Britain and Northern Ireland to Mongolia Philip Malone.

Minister N.Tavinbekh highlighted that the Government of Mongolia has included in its action plan to increase renewable energy sources. He said, “Our country needs to have a unified renewable energy policy and we are open to working with the United Kingdom to build hydropower plant that is compatible with the integrated energy system”. Ambassador Philip Malone congratulated the Minister on his appointment and invited him to visit Great Britain to exchange experiences in this direction. The cooperation between the two countries in the field of renewable energy began in 2009. In the sphere of the cooperation, the 30 MW Gobi solar power plant project has been realized in the Dornogobi province and 1,214,640 kWh of electricity has been supplied to the integrated power system since June 2020. Moreover, the Naanovo company of Great Britain is implementing a project to produce energy by recycling the waste in the Songinokhairkhan district of Ulaanbaatar.