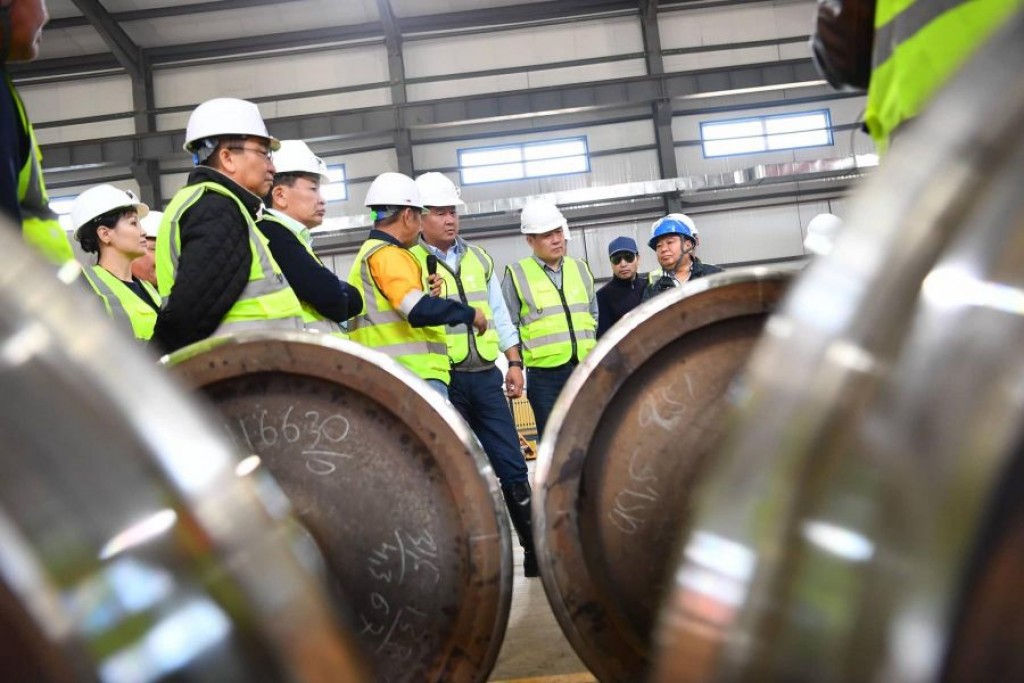 During his working trip to Selenge aimag last week, Prime Minister U.Khurelsukh visited BTEG LLC or Bold Tumur Eruu Gol сompany, which has been engaged in iron ore exploration, production, and exports in a place called Bayangol in Eruu Gol soum of the Selenge aimag since 2007. The proven iron ore reserves of the Bayangol mine are around 132 million tons and probable reserves are around 150 million.  The company has a complete mine site infrastructure, including railway and auto road access, communications, electricity supply, mining machinery and equipment, and an accommodation facility for 1,500 employees. Afterward, Prime Minister Khurelsukh along with Minister of Mining G.Yondon got acquainted with the operations of the Bayangol railway, which provides transportation services for iron ore and other mining commodities, and its freight rail load reaches 5 million annually, which is already 30 percent of Mongolia’s total rail freight volume.  About the Tumurtei iron ore deposit where the Prime Minister visited as well, it has a reserve of 229 million tons and is capable of extracting 5 million tons a year.  It commissioned a dry magnetic concentrator plant in 2014. During the visit to Selenge aimag, Prime Minister pledged to provide support to tackle the pressing issues the mining companies have been facing in their operations and focus on broadening partnerships with them.