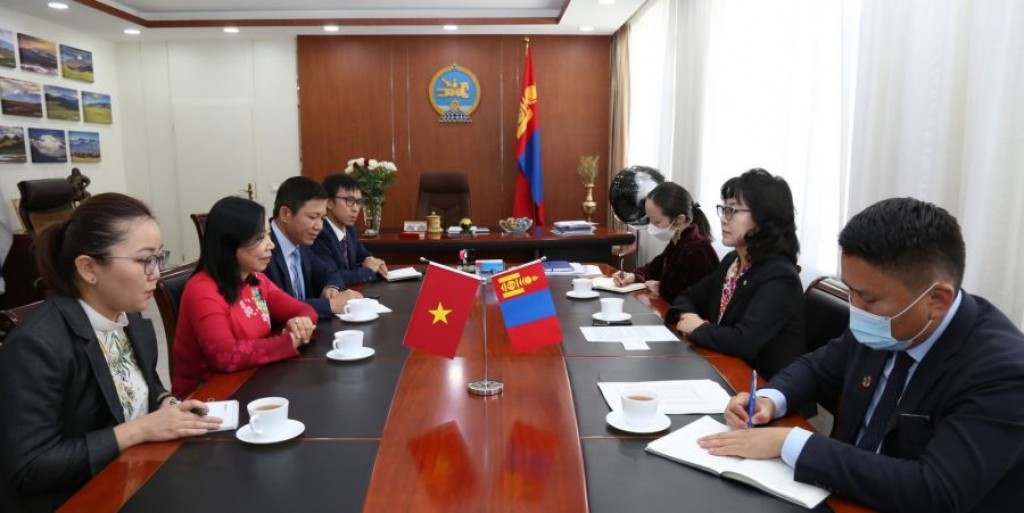 Minister of Environment and Tourism met with Ambassador of the Socialist Republic of Vietnam to Mongolia Doan Thi Huong to exchange views on cooperation in the spheres of environment and tourism.

Over recent years, Vietnam’s tourism industry has developed rapidly, reaching world standards. Specifically, thanks to the decisive reform in its tourism industry in 2015, the country for the first time in its history received 18 million foreign tourists in 2019, earning USD 28 billion in tourism revenue. Ambassador Doan Thi Huong said the elevation of bilateral cooperation in tourism to a new level will open up more cooperation opportunities and enhance bilateral economic and cultural cooperation as well. She also noted that the bilateral tourism cooperation could be advanced with the launch of direct flights between the two countries. Commending Vietnam’s tourism sector reforms, Minister D.Sarangerel expressed the hope that the sides will cooperate in increasing Vietnamese tourists visiting Mongolia. “Mongolia is seeking to learn from and introduce the country’s tourism reforms such as the issuance of e-visas. Moreover, we would like to renew the agreement for tourism cooperation signed between the two countries in 2005 with the inclusion of specific proposals and specification of the role of businesses,” the Minister said, undertaking to address the issue of direct flight by informing the relevant Ministry and Cabinet. At the end of the meeting, the sides agreed to renew the cooperation agreement in the tourism sector established between the countries 15 years ago and exchange experience in tourism development.