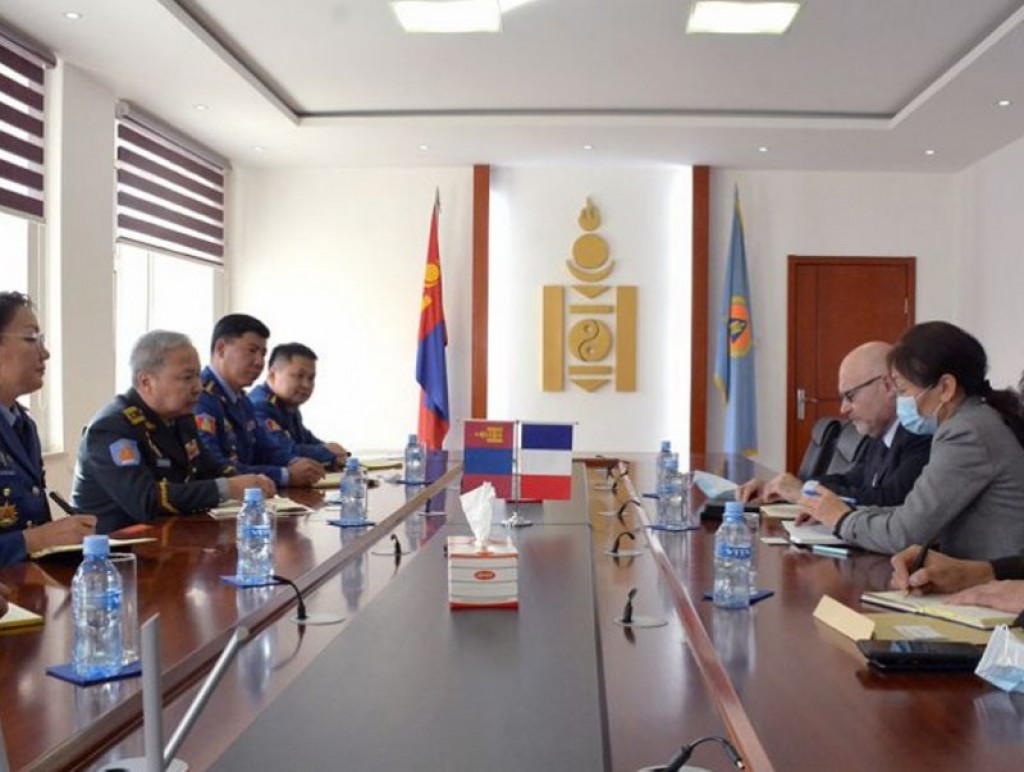 During the meeting, the sides exchanged views on implementation of the agreement between NEMA and ‘Desautel SAS’ company and the ‘Heli-Union’ group of France, established within the framework of cooperation between the governments of Mongolia and France in the civil defense sector.

NEMA Chief G.Ariunbuyan noted successful implementation of the establishment of a unit responsible for emergency air rescue operations at NEMA and provision of helicopter and firefighting vehicles’ and expressed hope for further fruitful collaboration.

Moreover, he asked to study again the possibility of involving Mongolian emergency officers in training at the French Academy for Fire, Rescue and Civil Protection.