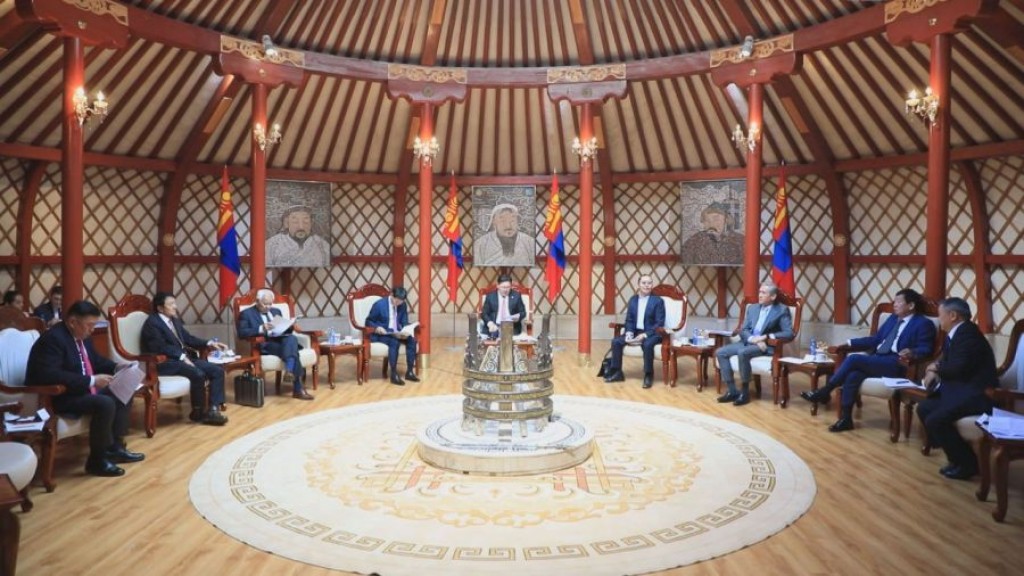 At an initiative of the Parliament Speaker G.Zandanshatar, a consulting club of former speakers ‘Khuraldai’ was formed.

At the beginning of the meeting, the Speaker G.Zandanshatar briefed on the works being done according to the proposals made at the meeting on September 22, 2020. Afterward, the club members discussed the directions of the club's functions and structure and concurred to organize its meeting at least quarterly. They agreed to reflect the suggestions made by the members and submit the draft rule. Besides, First Deputy Chief of the Secretariat of Parliament N. Tsogtsaikhan informed of actions being taken within the 30th anniversary of the establishment of permanent Parliament in Mongolia. Senior Advisor to the Speaker D.Lundeejantsan also introduced about a journal ‘Information and research’ published by the Parliamentary Research Institute.