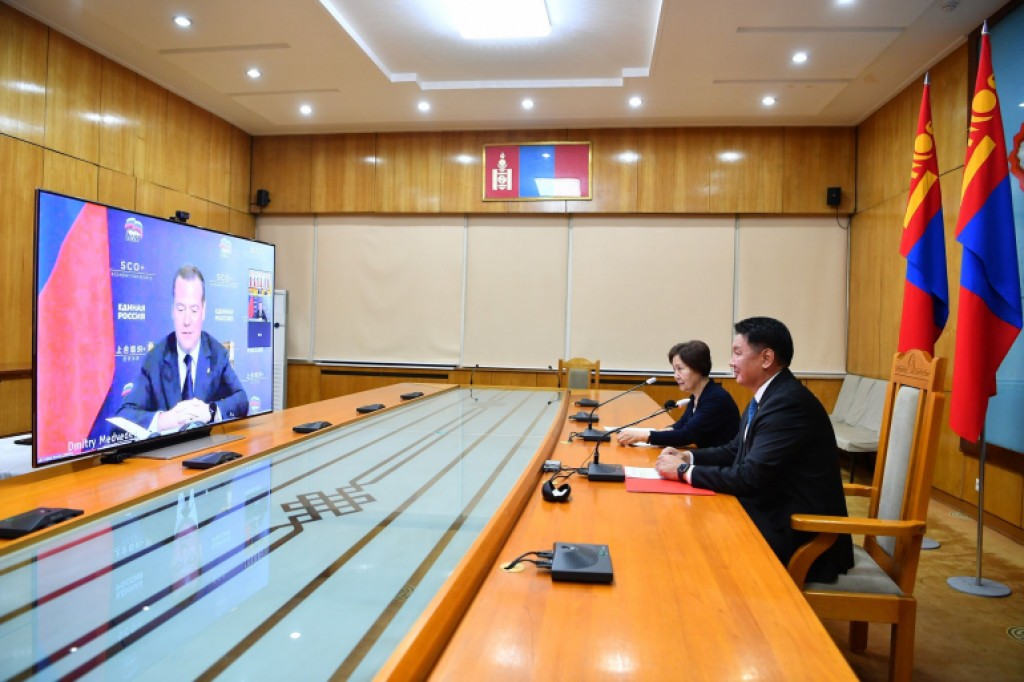 On October 21, Prime Minister of Mongolia U.Khurelsukh held a virtual meeting with Deputy Chairman of the Security Council of the Russian Federation D.A.Medvedev.

During the meeting, the sides talked over bilateral ties, cooperation, and mutually interesting matters regarding regional and international relations. Expressing their satisfaction with the current development of relations between Mongolia and Russia, the sides voiced to cooperate actively for enriching a Comprehensive Strategic Partnership with new content in all potential areas. They concurred on the importance of celebrating the 100th diplomatic anniversary between the two countries, the 100th anniversary of the People’s Revolution, the 100th anniversary of the Mongolian People’s Party, and the 40th anniversary of the first joint spaceflight of Mongolia and Russia, which fall in 2021. Furthermore, PM U.Khurelsukh invited Mr. D.A.Medvedev to attend the anniversary ceremony personal and Mr. Medvedev accepted the invitation. PM U.Khurelsukh expressed his delight at the successful implementation of works mutually agreed upon with the Russian authorities during his official visit to the country in 2019, especially since the gas pipeline project that connects Russia and China through Mongolia is moving forward.