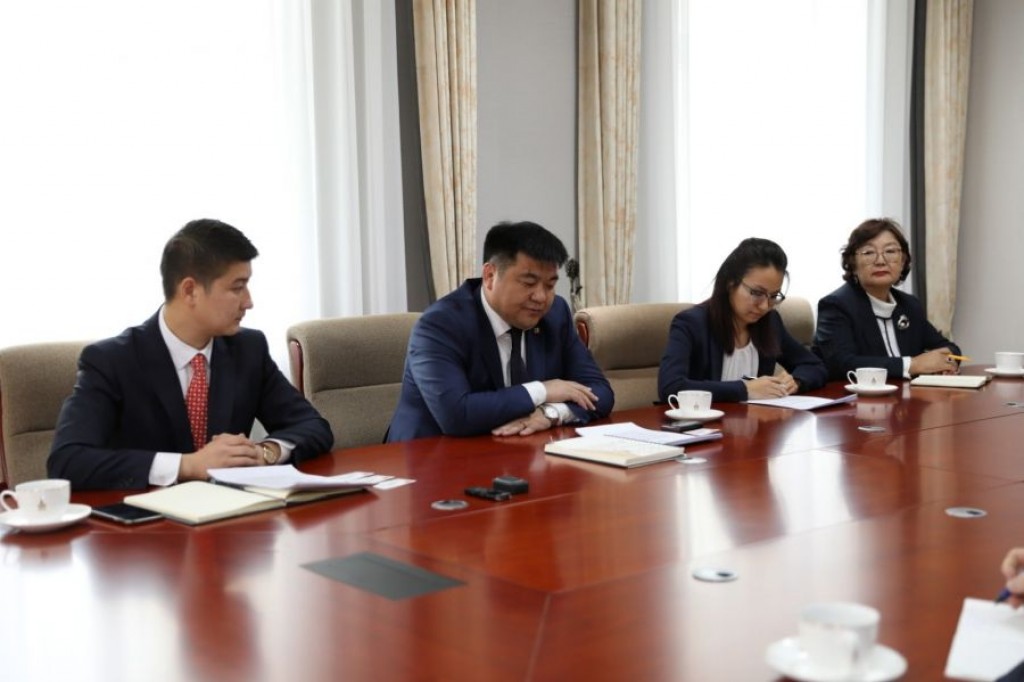 On October 20, Minister of Culture received Ambassador of the Russian Federation to Mongolia I.K.Azizov to discuss partnership between the two countries in the cultural sector.

Alongside discussing the culture and art events planned to be organized in the framework of the 100th anniversary of the establishment of diplomatic relations between Mongolia and the Russian Federation which will be marked in 2021, the sides also discussed preparing specialists in the cultural sector, fighting against illicit sales of cultural artifacts, and jointly organizing events such as scientific conferences and exhibitions.