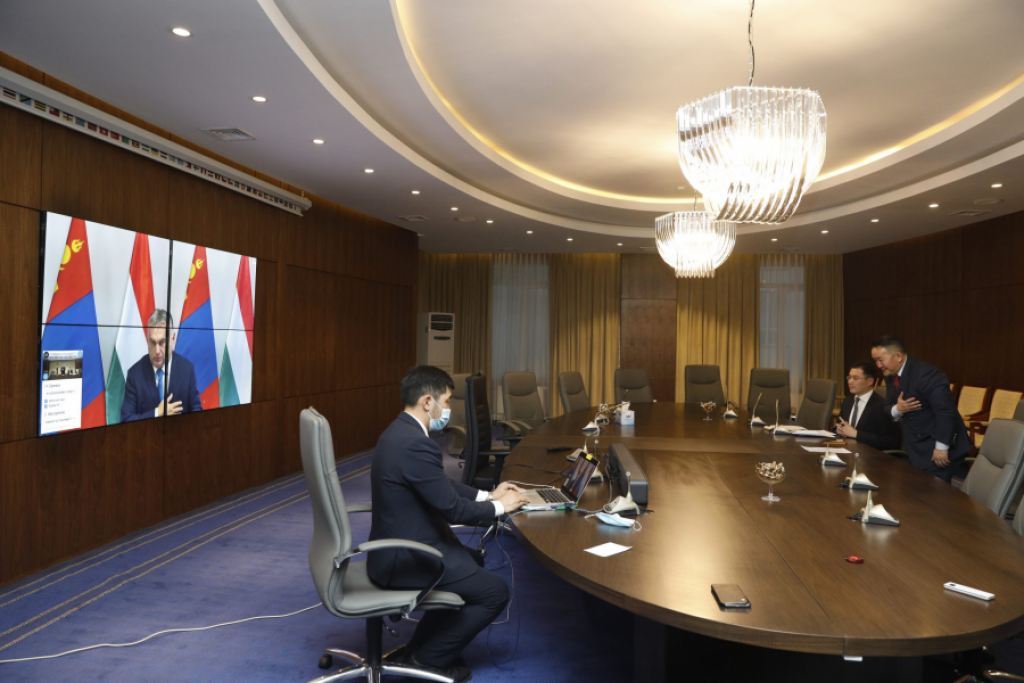 On the occasion of the 70th anniversary of diplomatic relations between Mongolia and Hungary, the President of Mongolia Kh. Battulga held an online meeting with the Prime Minister of Hungary

At the beginning of the online meeting, President Kh. Battulga and Prime Minister of Hungary Viktor Orban exchanged heartfelt greetings on the 70th anniversary of the diplomatic relations. Mr. Battulga expressed his satisfaction that the issues discussed during his meetings with Mr. Viktor Orban in 2017 and 2018 are becoming actual works, and the renovation work of Biocombinat, an important joint project between the two countries, is coming into the stage of implementation this year. During the online meeting, they exchanged views on the situations around the pandemic and bilateral cooperation and relations in the sectors of politics, economy, agriculture, culture, education, and water, and discussed opportunities to deepen and enrich existing partnerships with new content. Mr. Battulga stressed the importance of intensifying bilateral economic cooperation. Specifically, the sides exchanged views on hydropower plant construction in 10 provinces, collaboration in the agricultural sector, and water management. Mongolia has a vast territory and small population, but the water problem in the Gobi region caused by rapidly increasing desertification due to climate change is becoming the biggest concern, mentioned by the President. Hungarian experts conducted a detailed study on the water in Mongolia between 1970 and 1980. The President said he is pleased that the Hungarian government is continuing its scholarship program enabling over 200 Mongolian students to study in Hungary every year. He expressed willingness to train the scholarship students in agriculture and water fields and future specialists, who will work at the Biocombinat.