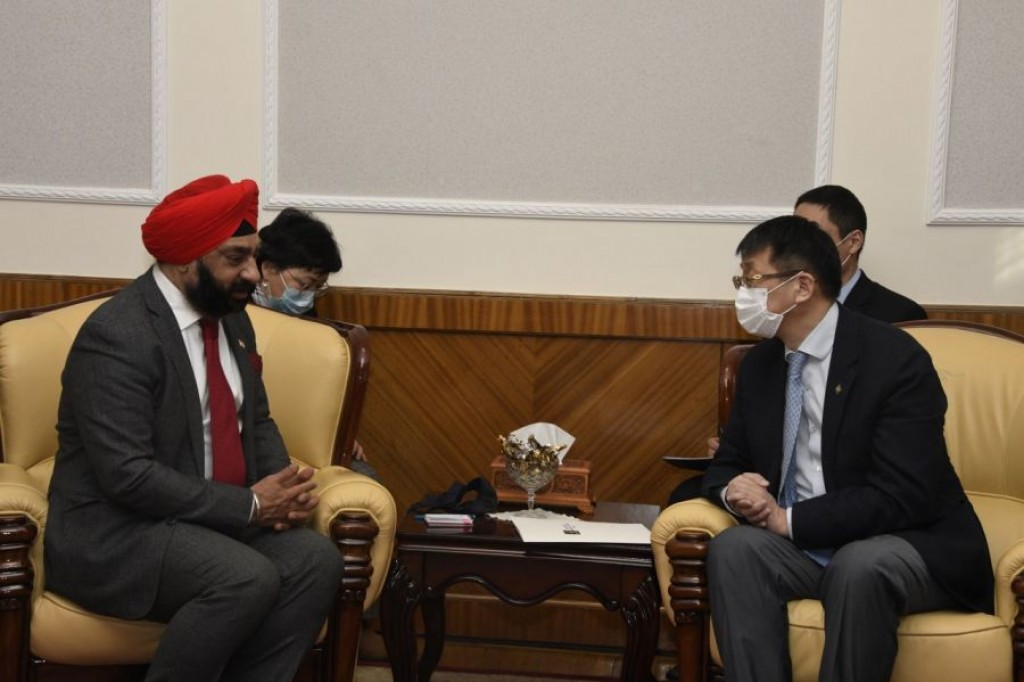 Minister of Education and Science L.Enkh-Amgalan had a meeting with Ambassador Extraordinary and Plenipotentiary of the Republic of India to Mongolia Mohinder Pratap Singh on March 16.

Expressing gratitude to India for its support in the country's vaccination efforts, Minister L.Enkh-Amgalan underlined that the Ambassador played a great role in providing the support. “We are now focusing on the elimination of COVID-19 related learning loss. 174 thousand children – 26 percent of schoolchildren in the country - have fallen behind in learning. If schools do not open before the end of the year, we will face two years of learning loss, which is detrimental to the country’s future, according to a World Bank study,” said the Minister, asking for providing support in reopening schools.

The Education Minister underlined that educational reform is one of the major goals of the government and that he plans to soon submit a package of laws related to the sector to the Parliament for the spring session discussion. The Minister stated he would put special focus on the intensification of Mongolia-India joint projects and programs.

Ambassador M.P.Singh undertook to support the Minister’s efforts in every way possible, stressing the increase in the number of Indian scholarships for students in the last two years. The Ambassador said it is feasible to speed up the English language program for teachers and carry it out virtually and that the training of Mongolian engineers and other professionals to work at the oil refinery, under construction with an Indian soft loan has been continuing smoothly.

Mongolia and India have established an agreement to build a Center for Excellence in Information Technology and Outsourcing in Ulaanbaatar, which can annually enroll 5,000 students. The sides exchanged views on speeding up that project.