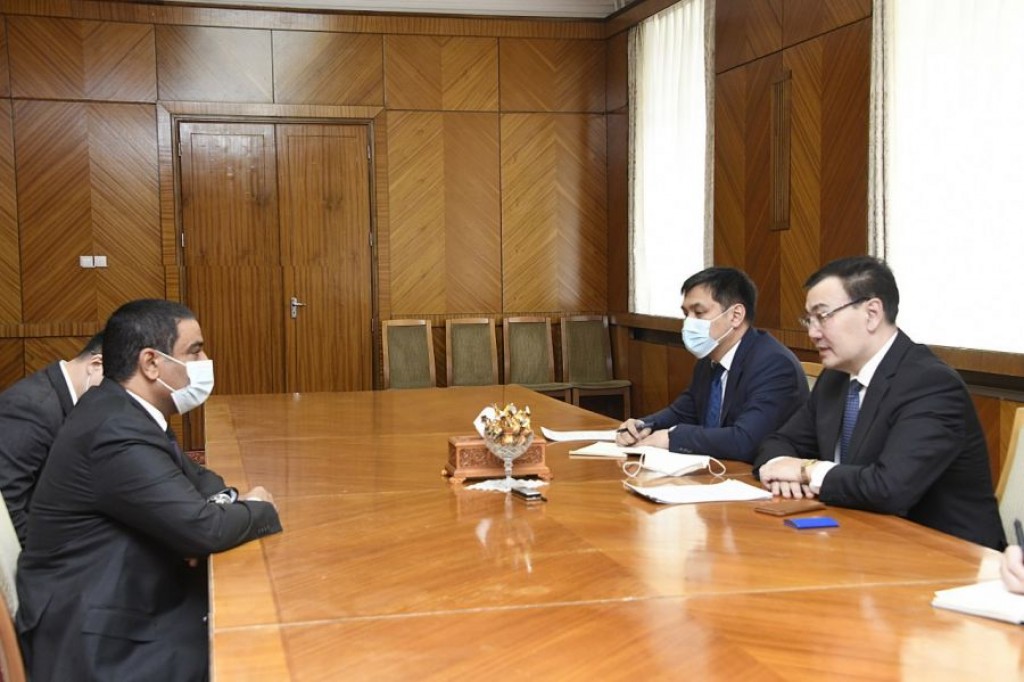 MP and Chairman of the Parliamentary Standing Committee on Security and Foreign Policy B.Battumur received the Ambassador of Kuwait to Mongolia Mohammad Faisal Al-Mutairi on March 17.

Last year, the two countries marked their 45th anniversary of the establishment of diplomatic relations. The two sides noted their satisfaction with the development of bilateral cooperation in trade, economy, and humanitarian sectors, in particular inter-parliamentary cooperation.

At the meeting, Mr.Battumur stressed the importance of implementing joint projects and programs, expanding trade and economic cooperation, and increasing investment and asked the Ambassador to pay attention to the development of tourism and access of Mongolian goods to the markets of Kuwait and the Gulf countries.

Mongolia attaches great importance to its cooperation with Kuwait. Projects and programs being implemented with the non-refundable aid of Kuwait are continuing according to the schedule. For instance, the Government of Kuwait provided a grant of USD 8 million for the construction of the Central Burn Hospital and a USD 3.5 million grant for the Undurkhaan Airport Renovation Project. Mr. Battumur thanked the Kuwait Fund for its decision to provide a grant of about USD500,000 to develop a feasibility study for the Undurkhaan-Norovlin-Dadal road project.

The two countries have great potential for cooperation in many sectors such as trade, economy, and tourism. Numerous measures were planned for the 45th anniversary of the establishment of diplomatic relations, but some of them were postponed due to the pandemic. Tourism and air relations projects and programs are in talks, said the Ambassador.

During the meeting, the two sides expressed their commitment to work for further development of bilateral relations in all sectors.