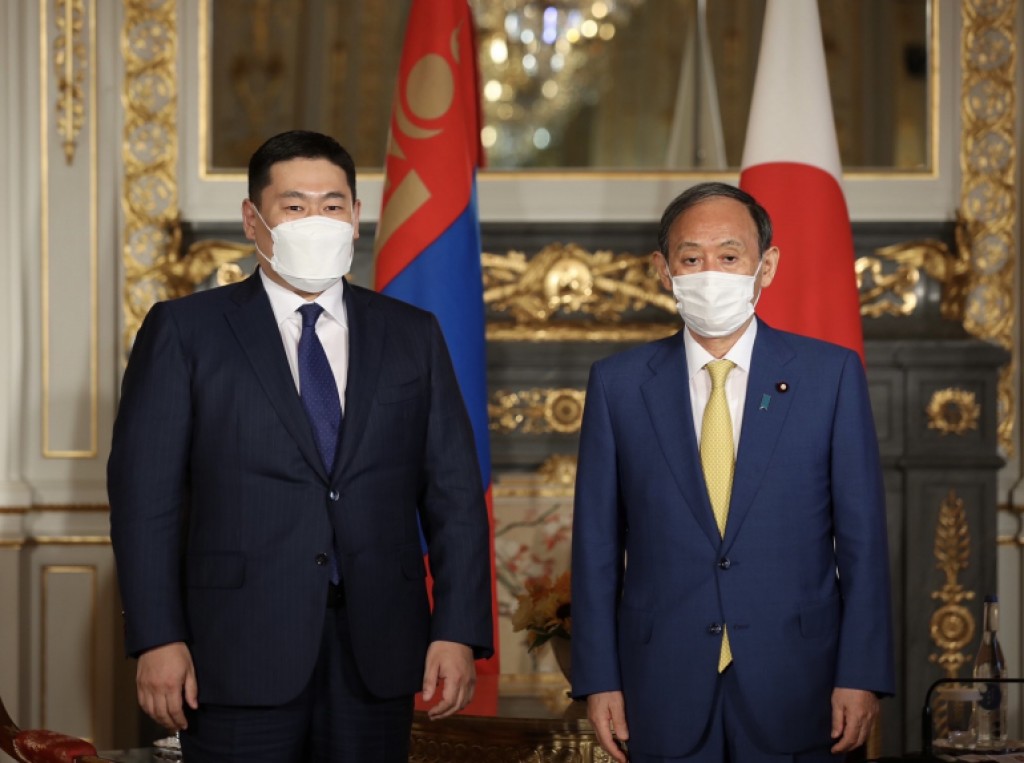 Prime Minister of Mongolia L.Oyun-Erdene is paying a working visit to Japan between July 21 and 25.

Prime Minister of Mongolia L.Oyun-Erdene is paying a working visit to Japan between July 21 and 25. During the visit, the Mongolian PM held official talks with Prime Minister of Japan Yoshihide Suga on July 22. The event marks the first meeting between the two countries to be held at Prime Minister-level in the past two years. The meeting touched on the current state and future of Mongolia-Japan relations and a broad range of issues at international and regional levels. At the meeting, the PM Oyun-Erdene confirmed Mongolia’s willingness to develop the strategic partnership and cooperation with Japan, a third neighbor of Mongolia, in every possible area. The sides agreed on the necessity to elevate the economic, trade and investment cooperation to the next level on the basis of a solid foundation of bilateral political relations of Mongolia and Japan and to strengthen the public private partnership. The meeting covered issues concerning ongoing or proposed economic cooperation projects, including Mongolia’s new International Ulaanbaatar Airport recently opened at the Khushigt valley near Ulaanbaatar city, development of the region as a complex economic, information technology and tourism region, a highway development surrounding the capital city aimed at reducing traffic congestion of the city, Bogdkhan railway development, intensifying the public-private partnership in information technology, training of engineers and cooperation in development of a feasibility study for a hydropower plant at coal deposits. The two Premiers agreed to celebrate the 50th anniversary of diplomatic relations between Mongolia and Japan, which is to be marked in 2022. Japanese Emperor Naruhito was invited to visit Mongolia for the upcoming historic event of bilateral relations. The Mongolian side also accepted with gratitude the Japanese PM’s proposal to declare 2022 as ‘The year of friendship and exchanges between Mongolian and Japanese children and youth’. The Mongolian PM’s visit to Japan will continue with him paying a courtesy call on the Japanese Emperor and meeting with Toshihiro Nikai, Secretary-General of the Liberal Democratic Party of Japan and members of Japan-Mongolia parliamentarian friendship group.