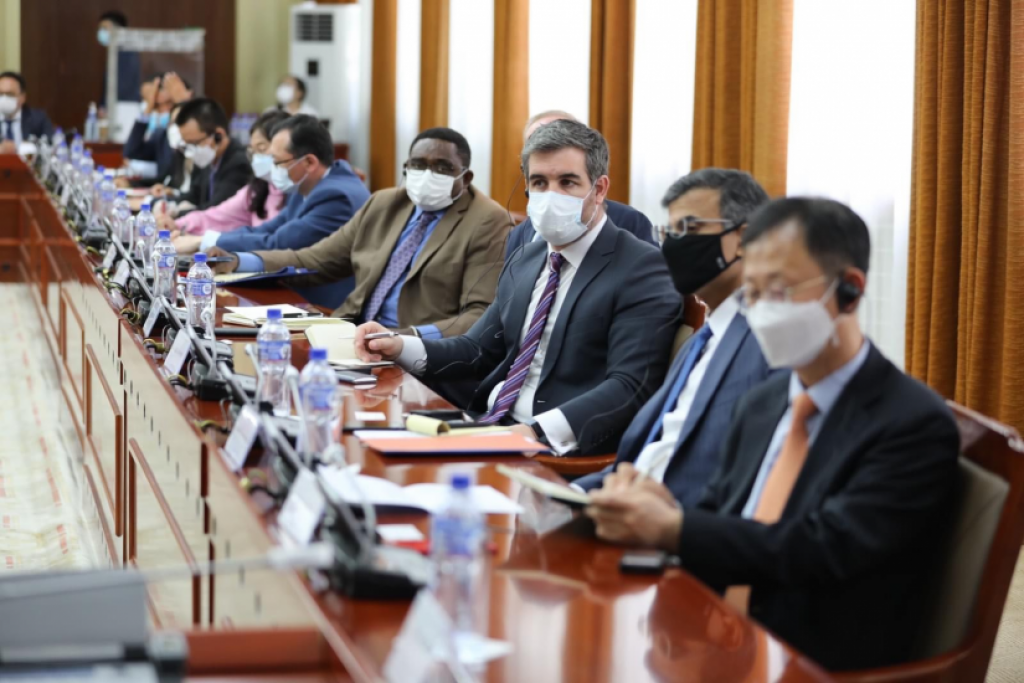 At the ‘Economy in the midst of the pandemic - Public-Private-Investors Meeting’, Prime Minister L. Oyun-Erdene said the Government of Mongolia is announcing a policy to intensify public-private partn

At the ‘Economy in the midst of the pandemic - Public-Private-Investors Meeting’, Prime Minister L. Oyun-Erdene said the Government of Mongolia is announcing a policy to intensify public-private partnerships on the 200th day since its formation. The meeting was attended by Asian Development Bank’s Country Director for Mongolia, International Monetary Fund’s Resident Representative for Mongolia, and World Bank Senior Country Economist. Prime Minister L. Oyun-Erdene stated that plans are afoot to establish five national committees and introduce a law on pandemic economic recovery. The Prime Minister also mentioned that instructions have been given to establish a Ministry of Digital Development and introduce an AI-based digital system into the government procurement process, as well as to attract investors to 100 mega projects announced by the government. Prime Minister L.Oyun-Erdene underscored the five national committees will be under his direct control and that a sub-working group consisting of investors and representatives of the private sector will be established, which will bring an opportunity to improve public and private sector coordination and solve numerous pressing issues in the investment sector. Investors and representatives of international organizations expressed their readiness to cooperate in agriculture, renewable energy, and food processing and endorsed the Prime Minister's plans to digitalize the government procurement process, establish a Ministry of Digital Development, and create a legal environment for in-pandemic economic recovery. They also asked the Prime Minister to hold such meetings more often than only once.