Cooperation to be intensified with China in education and science sectors 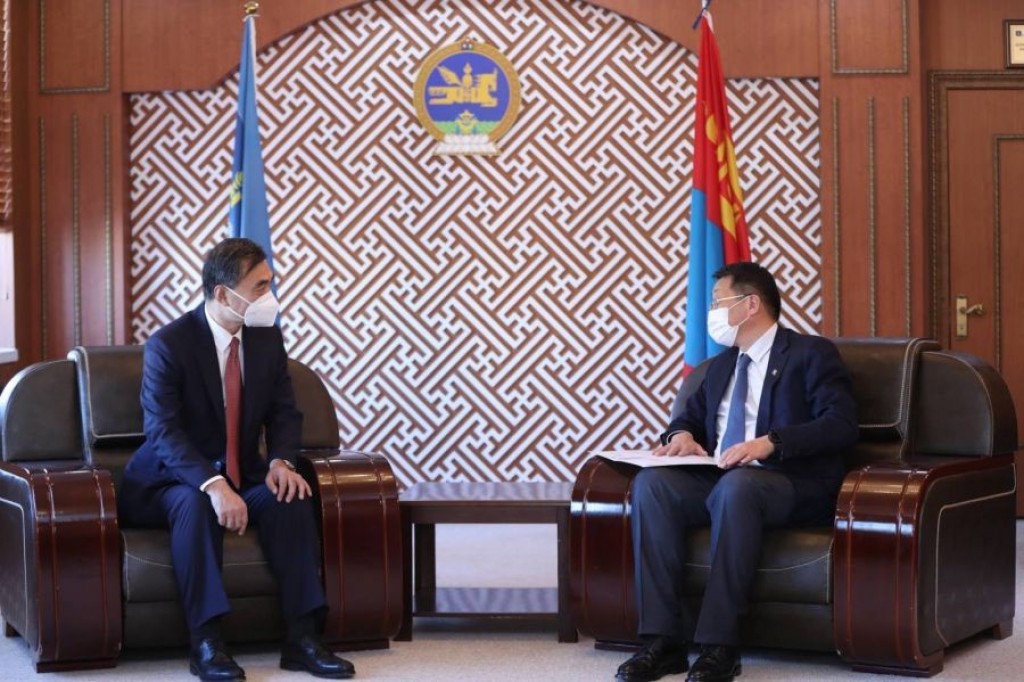 The Minister of Education and Science Enkh-Amgalan received Ambassador of the People's Republic of China to Mongolia Chai Wenrui yesterday and exchanged views on intensifying and strengthening cooperation in the education sector between two countries. During the meeting, Minister expressed that the necessity of providing teachers with computers to help students overcome the learning loss and mentioned that classes are being organized in a combination of physical classroom learning and online lessons due to pandemics. Also, Minister Enkh-Amgalan requested support for Mongolian students, who are acquiring education in China to cross the border to be involved in their classroom lessons. Furthermore, the Minister noted that there is a high necessity to expand cooperation in the science sector and establish a joint laboratory of the two countries for regional geo-ecology and desertification prevention. Regarding this matter, he put a request to the Ambassador for studying the possibility of establishing such a laboratory and conveying the suggestion to relevant organizations of China. Establishing the joint laboratory is connected to "One billion trees" nationwide campaign that is aimed at reducing desertification and ecological degradation initiated by the President of Mongolia. Ambassador Chai Wenrui pledged to make an effort for strengthening the cooperation between the two countries in the education and science sectors until 2025 via working closely with the Ministry of Education and Science.