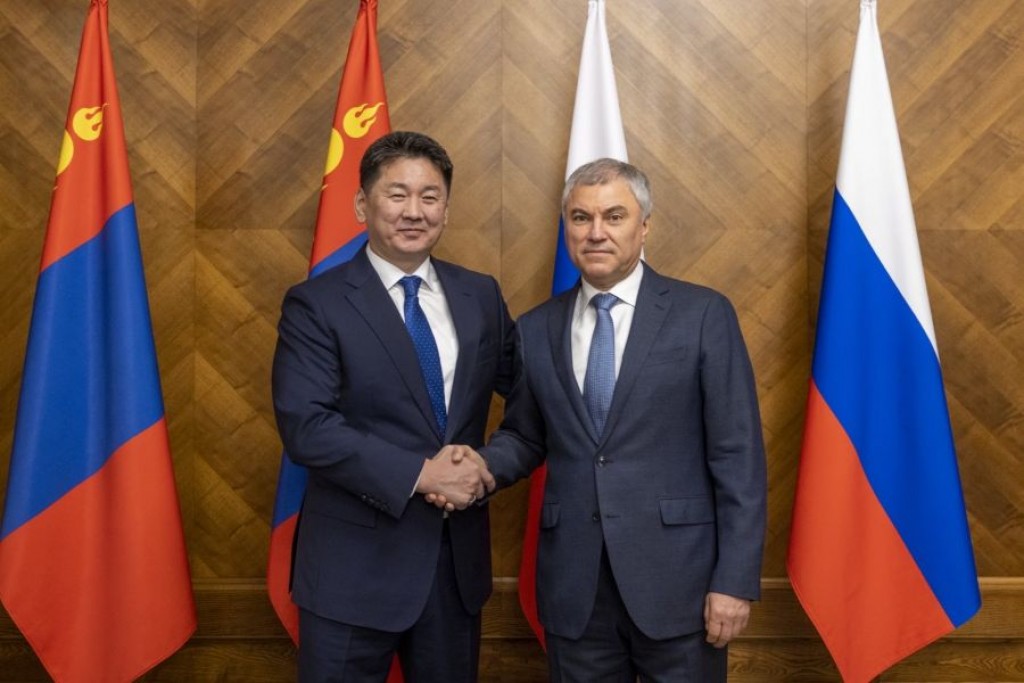 President of Mongolia Khurelsukh held a meeting with Chairman of the State Duma of the Federal Assembly of the Russian Federation Volodin last week.

As part of his official visit to the Russian Federation, President of Mongolia Khurelsukh held a meeting with Chairman of the State Duma of the Federal Assembly of the Russian Federation Volodin last week. President expressed his satisfaction with the fact that the 100th anniversary of the establishment of diplomatic relations between the two countries has been widely celebrated throughout the year, and his visit to Russian Federation within the anniversary celebration framework is being organized successfully. He also expressed his confidence that the joint declaration issued by the Heads of the two States during their talks, agreeing on the goals and priorities of bilateral relations in its new century, will give a significant impetus to the further development of relations. Noting that the cooperation between the legislatures of the two countries is an important part of the bilateral relation, the sides applauded the rapid development of inter-parliamentary cooperation despite the difficult situation with the pandemic. Also, they concurred to realize the talks of establishing a new mechanism of cooperation between the parliaments of the two countries. During the meeting, the parties exchanged views on opportunities to expand cooperation in trade, economy, culture, education and humanitarian spheres. Mister Volodin underscored that the State Duma would provide support in intensifying the cooperation in all areas within the framework of the objective of further deepening the Comprehensive Strategic Partnership between Mongolia and the Russian Federation and enriching it with new content.