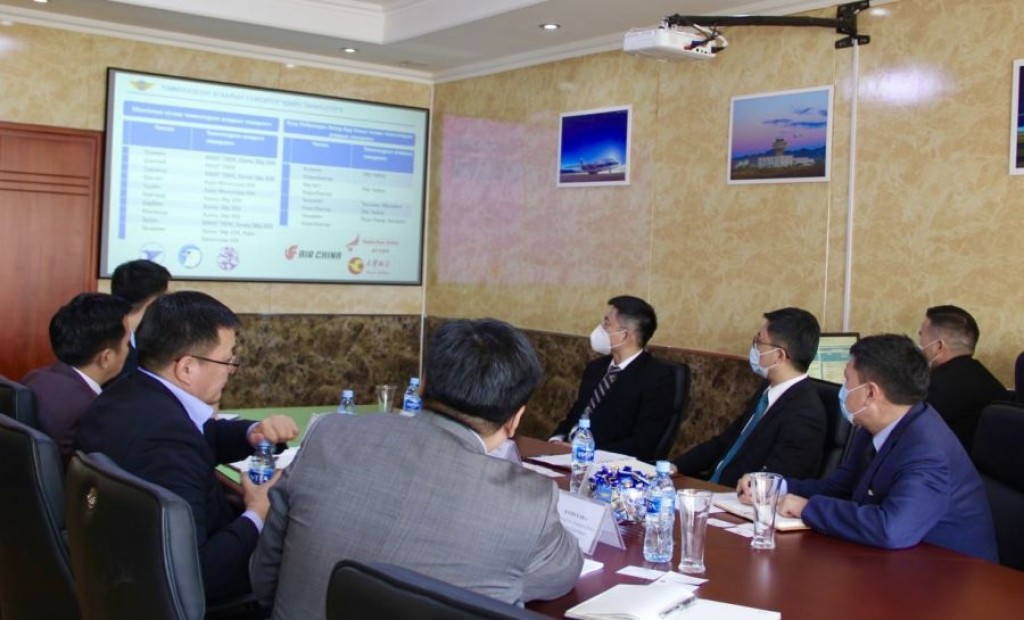 Preparations are currently underway to open a new international border checkpoint in the country’s Gobi-Altai province, which borders Xinjiang Uygur Autonomous Region of the People’s Republic of China.  In its framework, officials of the Civil Aviation Authority of Mongolia (MCAA) held a meeting with representatives of the Embassy of China in Mongolia on April 29. At the start of the meeting, the MCAA officials introduced the cooperation between the two countries’ civil aviation sectors, the current state of Mongolia’s civil aviation sector, the number of flights being conducted, and navigation services. Head of MCAA Air Navigation and Airport Policy Regulation Department Ch.Odgerel noted how a new border checkpoint would reduce the duration of flights alongside boosting the number of flights and passengers and increasing air capacity. “Mongolia has resolved the issues concerning corresponding regulations, infrastructure, equipment, human resources, and investment,” he said and requested support in establishing the ‘Tseel’ border checkpoint as a new border crossing point between the two countries.  Noting that the PRC considers its bilateral cooperation with Mongolia in all sectors as important, Minister Counsellor at the Embassy of China in Mongolia Zhang Mu Xing expressed that the corresponding officials will be informed about the matter.