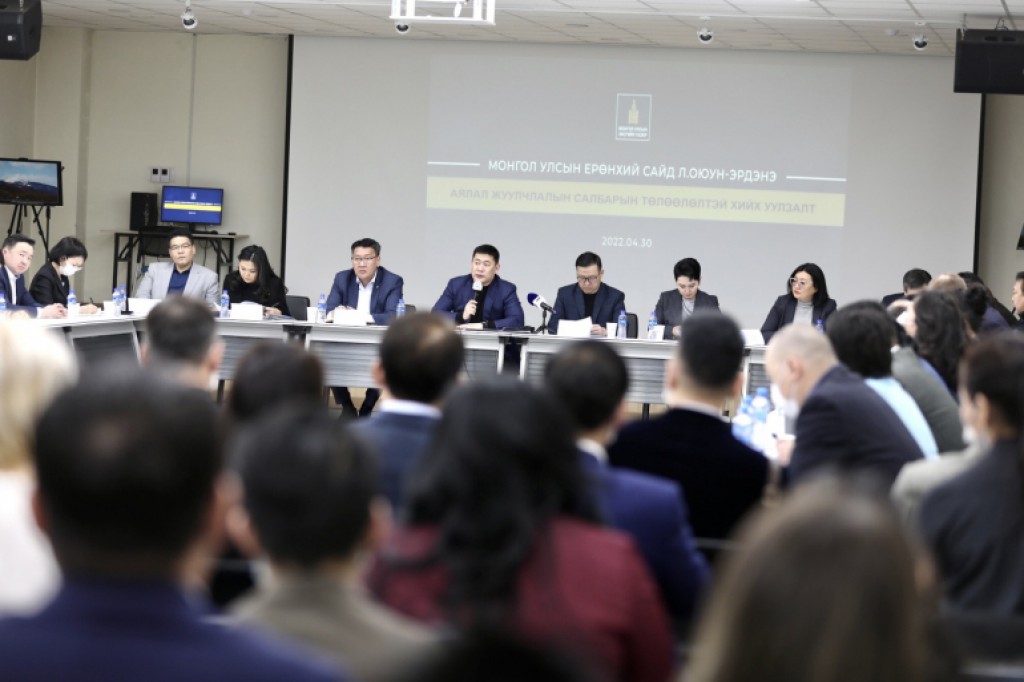 Prime Minister L.Oyun-Erdene held a meeting with representatives of over 120 companies that run operations in the tourism and hospitality industry.

Prime Minister L.Oyun-Erdene held a meeting with representatives of over 120 companies that run operations in the tourism and hospitality industry. Previously, the Prime Minister held a meeting with tourism sector representatives in February 2021. After a year, a policy discussion was also held under the theme, ‘New Revival Policy - Tourism’, following the announcement of the opening of the country’s borders to tourists and visitors from abroad. At the meeting, Prime Minister L.Oyun-Erdene highlighted that the country’s economy is going through a difficult time as challenges are being faced not only in the country but also globally, and expressed that the Government will pay special attention to the tourism sector as part of the measures to eliminate factors limiting the country’s development. The participants informed the Prime Minister about various issues that are causing difficulties in operations, such as suspension of bank accounts due to non-payment of immovable property tax as well as others, and the need to postpone payment of social insurance contributions that have accumulated in 2020 and 2021. They also put forth requests and suggestions, which included taking appropriate measures to reduce the prices of tickets for flights being conducted by the national flag carrier to Frankfurt, and resolving certain issues that are faced when dealing with public organizations in charge of tax, social insurance, and monitoring and inspection. At the end of the meeting, Prime Minister L.Oyun-Erdene announced that starting from this week, discussions taking place during the first hour of all Cabinet meetings will focus on preventing the rise in price and shortage of key commodities as well as issues concerning the tourism sector. Noting that the sector’s operations affect many issues, he highlighted that the Government will put all its efforts into boosting the sector’s recovery in the next two years.