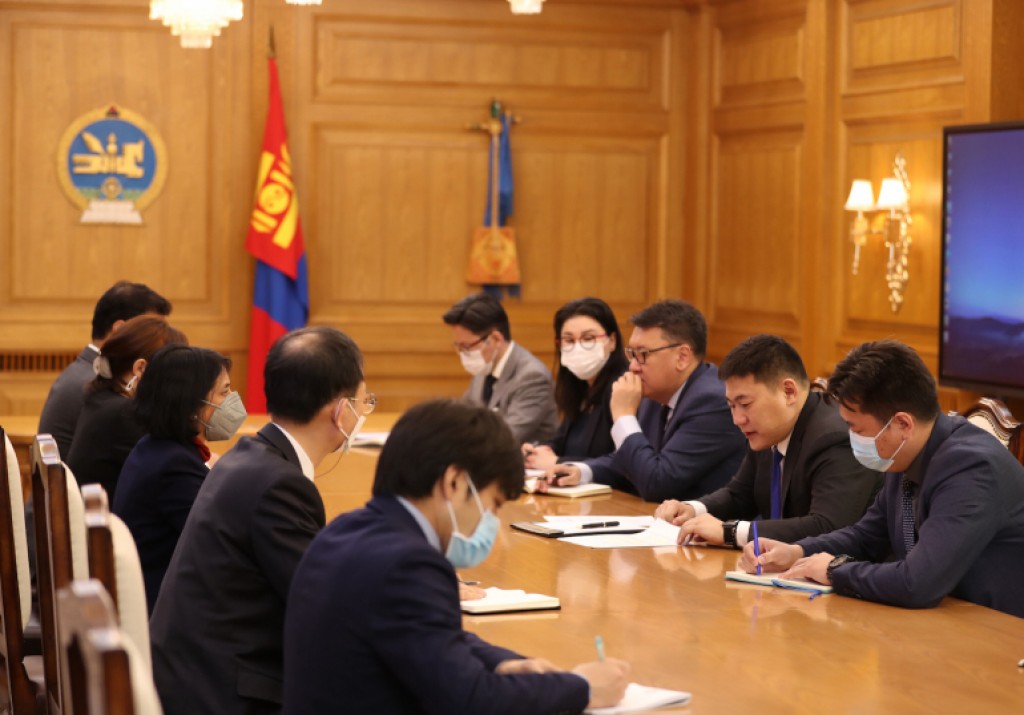 On April 29th, The Prime Minister of Mongolia Oyun-Erdene received the delegates of the International Monetary Fund or IMF working group.

On April 29th, The Prime Minister of Mongolia Oyun-Erdene received the delegates of the International Monetary Fund or IMF working group. The Prime Minister expressed gratitude to the IMF working group for their visit as well as for supporting Mongolia during the difficult times of the Covid-19 pandemic. During the meeting, the Prime Minister Oyun-Erdene expressed that developing countries including Mongolia face new difficulties such as inflation, rise in price, and currency shortages due to the pandemic and Russia-Ukraine crisis. The Mongolian Government initiated a Bill on preventing the rise in prices and shortages of key commodities and had it approved by the Parliament. Now, the Government is working in its framework, he added. Also, he expressed support to the Bank of Mongolia for making efforts to protect its foreign exchange reserves and prevent shortages. The International Monetary Fund considers that it is important for public institutions to focus on cost-saving and targeting child allowance and welfare to the target groups in order for Mongolia to protect itself from potential risks. The working group of the IMF noted that it is supportive of commercial banks’ IPOs. However, it should be postponed considering the adverse effects of the pandemic and the international crisis, the IMF added.