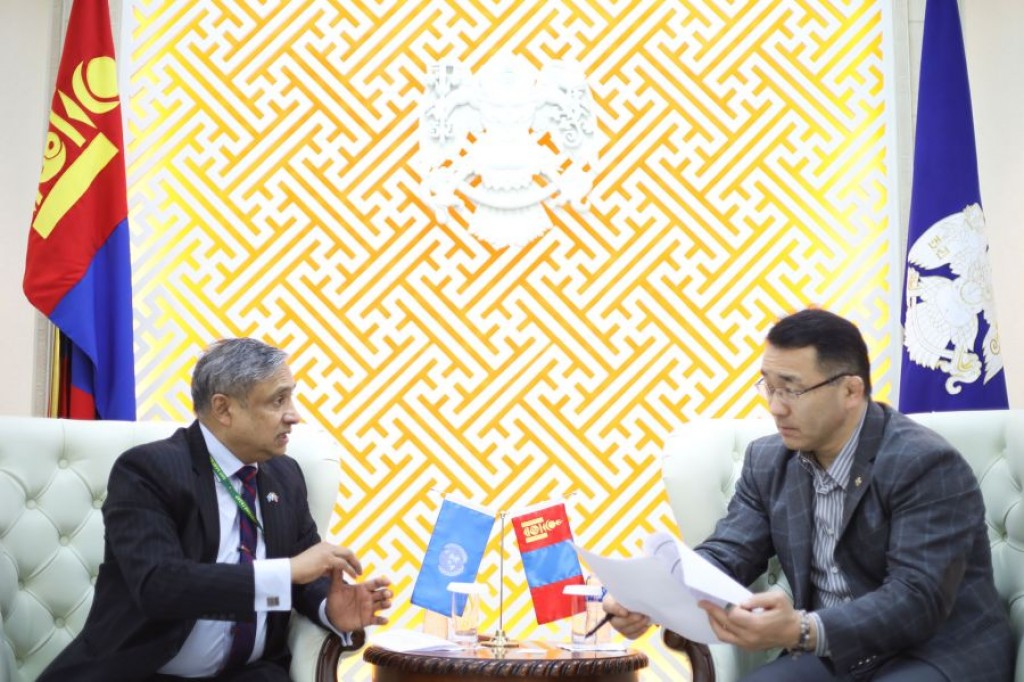 Governor of the Capital City and Mayor of Ulaanbaatar D.Sumiyabazar received UN Resident Coordinator in Mongolia Tapan Mishra. At the beginning of the meeting, UN Resident Coordinator in Mongolia Tapan Mishra noted that the United Nations Sustainable Development Cooperation Framework for Mongolia 2023-2027 (UNSDCF), a flagship document that will strategically guide the UN’s development cooperation with Mongolia over the next five years, has been signed. He mentioned that it outlined the strategic priorities, including human development, green inclusive and sustainable economic growth, people-centered governance, and human rights. In this context, the UN Resident Coordinator expressed interest in further expanding cooperation in these areas. He also put forth a proposal to cooperate with the capital city to organize the Sustainable Development Goals Open Day in September. For his part, the Mayor emphasized that the legal environment has been created for the city to be developed socially and economically independent with the adoption of the Law on the Legal Status of the Capital City and conditions have been created to expand cooperation with the UN and its agencies. Underlining that the Ulaanbaatar authorities are putting substantial efforts into increasing household incomes and making the capital city greener and more accessible for the people with disabilities, the Mayor stressed that there are ample opportunities for cooperation in these areas. He then pledged to support the organization of the Sustainable Development Goals Open Day.