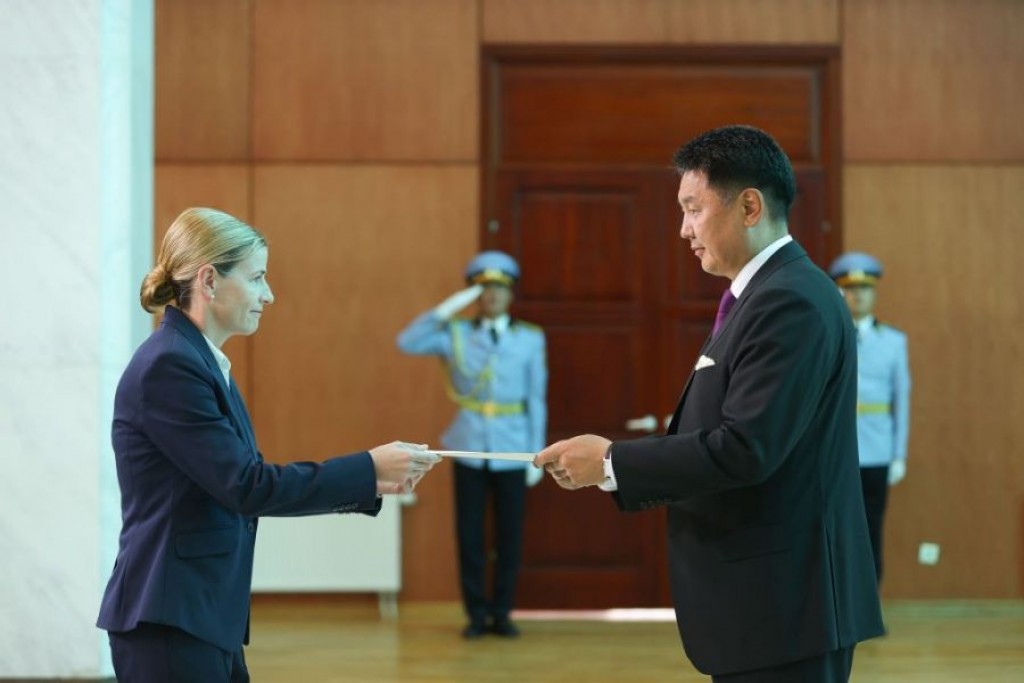 Ambassador-designate of the Commonwealth of Australia to Mongolia Katie Smith presented her Letter of Credence to President Khurelsukh.

Ambassador-designate of the Commonwealth of Australia to Mongolia Katie Smith presented her Letter of Credence to President Khurelsukh. The President noted that this year marks the 50th anniversary of the establishment of diplomatic relations between Mongolia and Australia, and emphasized that there is ample opportunity to expand relations and cooperation in trade, economy, mining, agriculture, and education. The Ambassador expressed her commitment to further expanding the Mongolia-Australia ties in all areas, increasing the number of Mongolian students receiving scholarships from the Australian Government, and strengthening people-to-people links. The Memorandum of Understanding between the Government of Mongolia and the Government of Australia on the Work and Holiday Visa Agreement will be entering into force on July 1, 2022. The sides concurred that up to 100 young people from Mongolia will have the opportunity to work, study and travel for up to a year, which will make a significant contribution to deepening people-to-people ties.