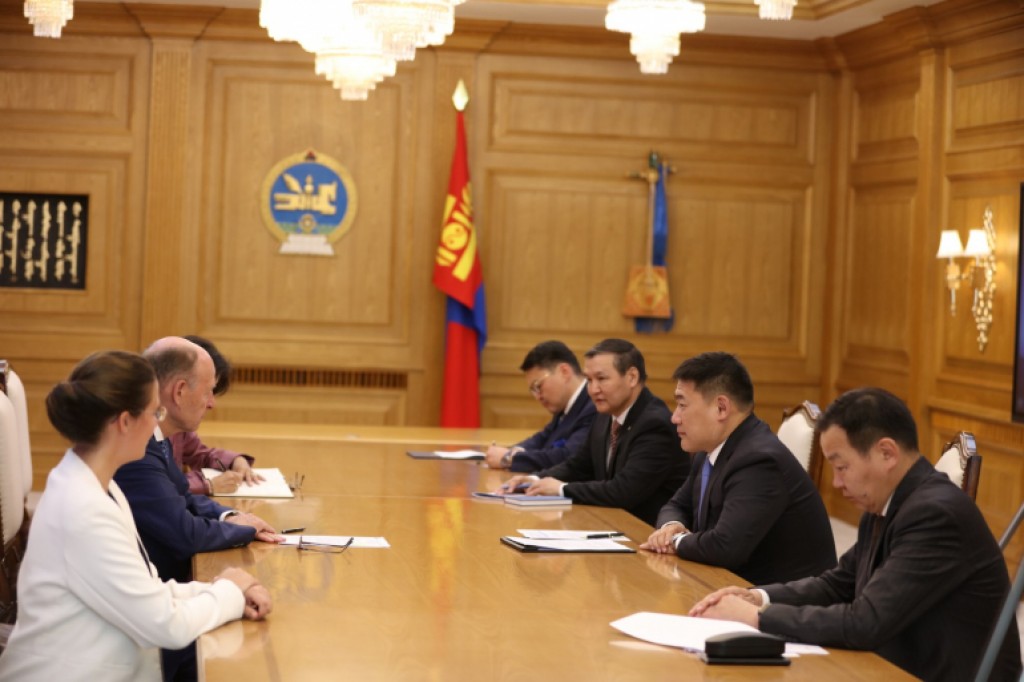 On June 28, Prime Minister Mr. Oyun-Erdene received Ambassador of the Federal Republic of Germany Jorn Rosenberg. Handing over the letter from the German Chancellor at the outset of the meeting, the Ambassador informed that Germany would cooperate with Mongolia within the framework of the Development Policy Cooperation Program. The Prime Minister expressed gratitude to the German Government for providing assistance of medical equipment worth more than one million euros, including portable respirators, to Mongolia during the difficult times of the pandemic. The Prime Minister expressed satisfaction with the successful development of bilateral relations and cooperation in all areas at the level of Comprehensive Partnership. He also expressed willingness to further advance Comprehensive Partnership to a new level. 2024 will mark the 50th anniversary of the establishment of diplomatic relations between Mongolia and Germany. In this regard, the sides concurred that a cooperation plan should be developed on the occasion of the anniversary. At the end of the meeting, the book, ‘Karakorum’ - which published the results of the joint Mongolian-German archeological expedition conducted in Kharkhorum over the course of 20 years under the auspices of the two countries’ Presidents, was presented to the Prime Minister.