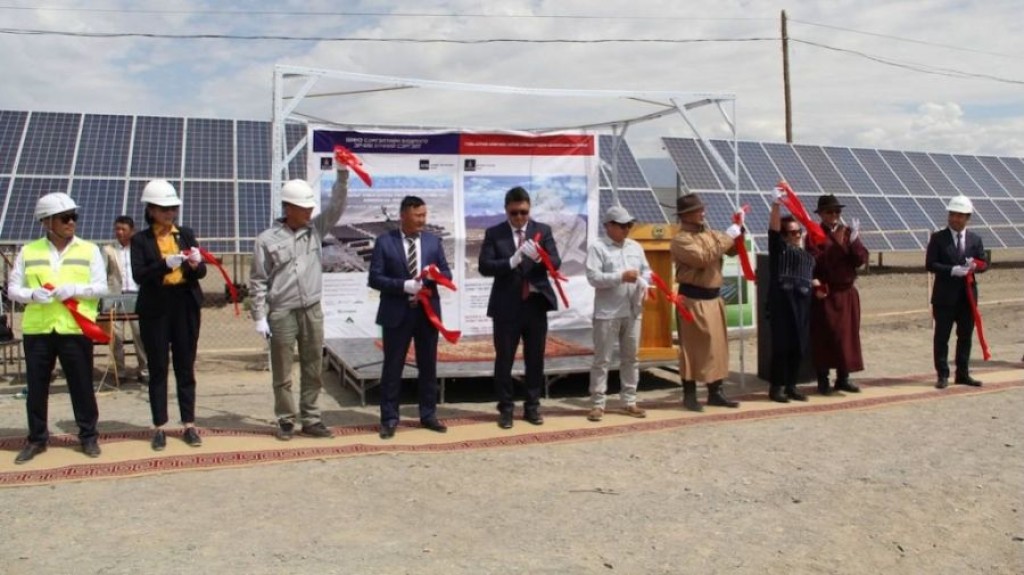 The Asian Development Bank (ADB) and the Government of Mongolia inaugurated a new hybrid energy system in Altai soum of western Gobi-Altai province.

The Asian Development Bank (ADB) and the Government of Mongolia inaugurated a new hybrid energy system in Altai soum of western Gobi-Altai province. The project provides power in the remote soum, which is 400 kilometers away from the Altai-Uliastai energy system, with the Altai Mountains lying in between. “This new hybrid energy system will supply over 1,500 local residents, 350 households, and 25 organizations in one of Mongolia’s most isolated soums with high-quality renewable energy using inexhaustible solar energy,” said Deputy Minister of Energy. “This project is an example of how the government is working to provide the most essential services by bringing innovative technologies to the benefit of the people.” The Altai soum hybrid project is one of the renewable energy projects supported under ADB’s Upscaling Renewable Energy Sector Project, which will support 41 megawatts of distributed renewable energy systems. These subprojects will use a range of renewable energy technologies to supply clean electricity and heat in geographically scattered load centers in the less-developed region of Western Mongolia. The project was approved in September 2018 with ADB loan financing and grant co-financing from the Strategic Climate Fund and Japan Fund for the Joint Crediting Mechanism. The project features the latest innovative technologies of off-grid solar power plants such as battery management system and energy management system, a first-of-its kind application in the country, and advances Mongolia’s efforts to expand renewable energy capacity.